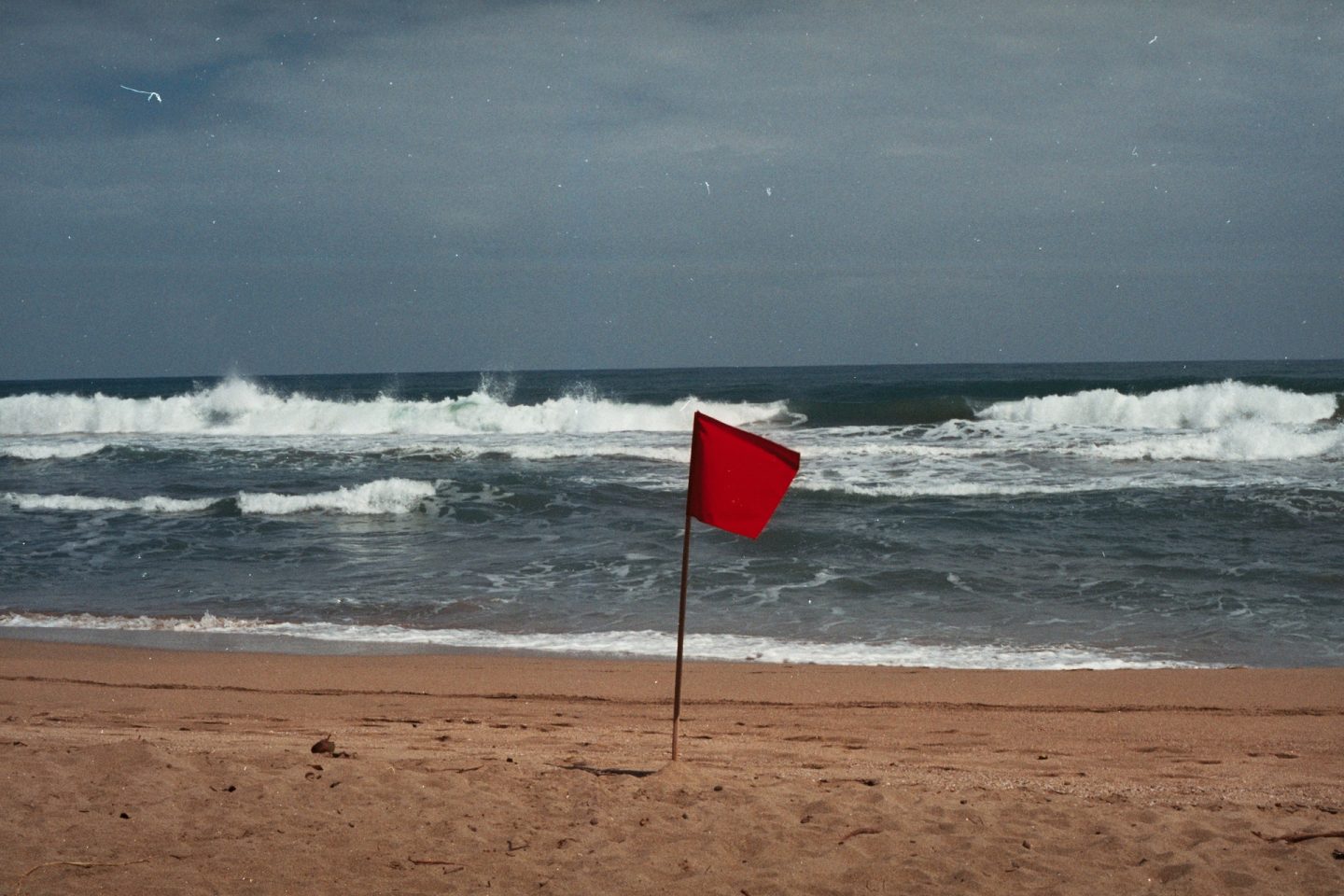 The dating process is meant to be fun. You’re meeting people, getting to know them, and seeing if they’re a fit for what you want long-term. This can and should be a rewarding experience—because it can lead to finding your dream partner!

However, there are a few “red flags” to be aware of along the way. Red flags can indicate serious character flaws in the other person—and can foretell abusive, dysfunctional, or unhealthy behaviors later down the road. A red flag is behavior so severe, so damaging, so unsafe, you’d probably be better off not seeing that person anymore and cutting off all communication.

Let’s look at the top red flags in dating and how to respond if you see them.

Top 4 Red Flags in Dating: If You See These…RUN

Abuse is not love. Violence is not love. Abusive people usually don’t change without serious therapy, intervention, or treatment. Being with them long-term can lead to a cycle of violence that’s difficult to break out of. This isn’t something you want to give your date a “second chance” on.

How to respond: Text them saying, “I’m really upset that you [yelled at me, hit me, insulted that person, etc.]. That’s not acceptable behavior and I won’t tolerate it. I ask that you stop communicating with me and don’t send me any further texts or emails.” Then BLOCK the person and DON’T respond to anything they send after this.

2. They pressure you for sex or try to force you to do something you’re uncomfortable with.

This is a serious red flag. You just met the person; you don’t even know them yet, and they’re already pressuring you to do something? Pass. Don’t walk…RUN. Pressuring indicates a serious boundary issue. This person doesn’t like to be told “no,” and who won’t respect your wishes when you say no.

Listen to your intuition. If a tiny voice inside you says, “I’m not comfortable doing that”—listen to it.

How to respond: “I’m not open to being pressured into doing something I’m not comfortable with. This isn’t feeling like a match for me, so I’m not available to continue seeing you. I wish you the best.”

If they try to pressure you into continuing, text back: “I ask that you stop communicating with me and don’t send me any further texts or emails.” Then BLOCK them and DON’T respond to anything they send after this.

3. They disrespect you after you’ve shared your feelings.

Opening up and being vulnerable is hard enough. If you share something that’s difficult to share—and your date laughs at you, berates you, or dismisses you—that’s a red flag.

Let’s say you’re nervous about sex because of something that happened to you in the past. You say, “I’m super attracted to you. And don’t get me wrong, sex would be REALLY fun…but I don’t feel ready for it yet. I want to take the time to get to know you first.”

If they’re dismissive, combative, or disrespectful and say something like “Well, you shouldn’t feel that way…” or, “You seem uptight…” or “I’ll change your mind,” that’s a red flag. They’re showing you they don’t respect how you feel. They’re giving you a sample of who they’ll be later in the relationship (if you continue seeing them).

How to respond: “At this point, I’m not comfortable continuing seeing you. I respectfully ask that you stop communicating with me and don’t send me any further texts or emails.” Then BLOCK them and DON’T respond to anything they send after this.

If over time, your date has repeatedly said one thing and done the opposite this indicates a lack of integrity. They’re showing you they can’t be trusted or relied on. If they’re consistently late for dates, or they cancel at the last minute (or “no show”), or they frequently make promises and don’t follow through on them, or you catch them in lies—they’re probably not a good match for you. Can they change this behavior? Yes, but they have to want to change it and they have to show serious improvement. Otherwise, I’d see this as a dealbreaker.

How to respond: Tell them, “I love spending time with you and I’ve enjoyed your company. However, I have to admit, I feel so frustrated when you don’t show up to our dates on time // when you make promises and don’t follow through on them. Help me out here…Is this something you’ve always struggled with? Is there something going on in your life right now that’s causing you to be distracted?” Their response will tell you a lot about their attitude and whether they take responsibility for their own behavior.

Orange Flags—When Should You Give the Person Another Chance?

An orange flag is less severe than a red flag. It’s not necessarily a reason to stop seeing the person—but it’s still a cause for concern and should be looked at.

…Then they say or do something that upsets you. They make a harsh comment, they share an opinion you disagree with, or they snap at you. Should you dump them and stop seeing them? Should you give them another chance? Should you work through it?

It’s actually up to you. If you’ve had 70%-80% positive experiences with this person—and their words and actions have been matching—then maybe don’t just cut off the relationship. You might consider communicating through the issue. You can work through orange flags, but this requires open, honest communication from both you and your date.

Maybe they had a bad day (or a bad week) and they’re not showing up as their best. Maybe they’re super busy at work, stressed about something, or someone close to them just died.

Orange flags are a “gray area,” because you’re dealing with a human being who has flaws, weaknesses, and emotions. But does this person have flaws that you’re willing to work with? Has this person built up enough trust with you to deserve another chance?

The fact is, conflict is a part of any relationship. If you have a conflict with your date, consider it an opportunity to see how you both work through the conflict. It might even deepen your connection by bringing you closer.

Follow your heart on this one. Has your life improved overall since being with this person? Or has it gotten worse? Has your sense of inner peace increased or decreased while being with them?

Playing the Victim? Here’s How to Stop

How to Practice Real Self-Care