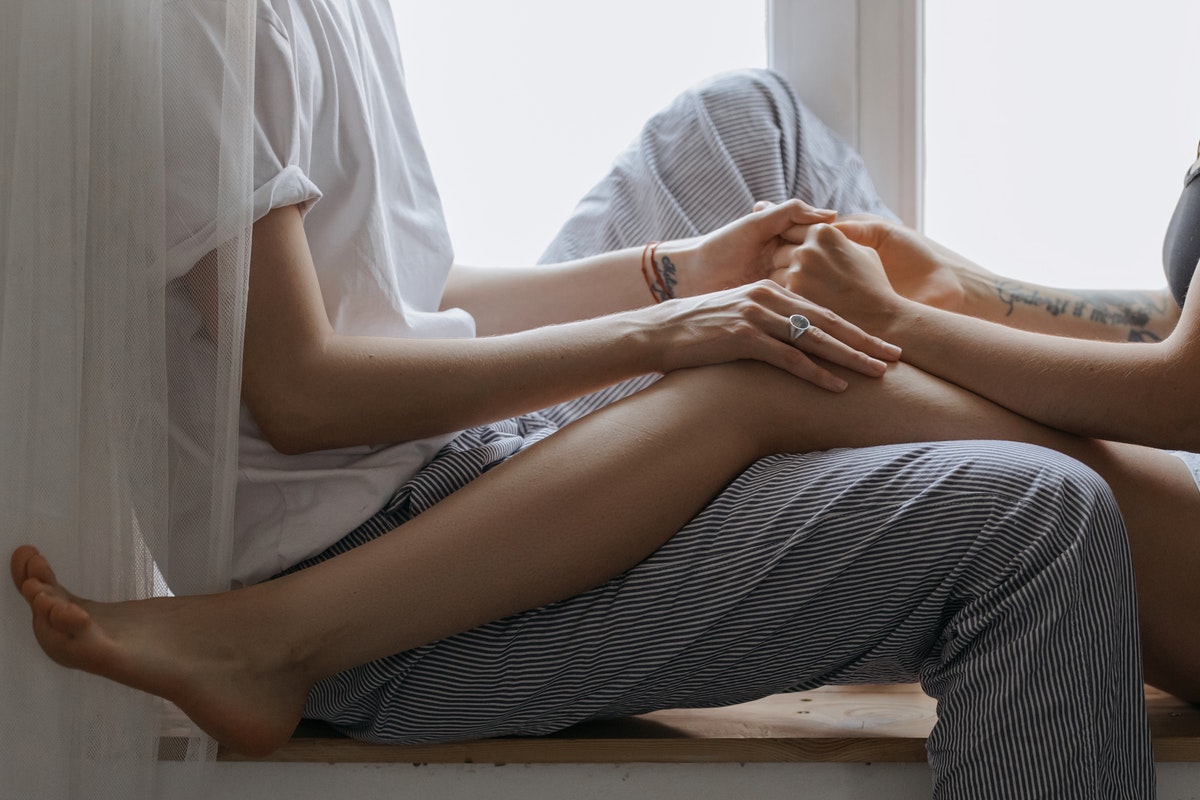 Sexually transmitted infections are on the rise, and if you’re a sexually active person there’s a very good chance that in your lifetime you’ll have sex with someone who has had or currently has an STI. It can feel like a heightened moment, but it doesn’t have to be. Here’s what to do when a sex partner – potential or established – tells you that they have an STI.

An STI is not a death sentence for either your sex life or your actual life. When so many of us grow up in a sex-negative society with little to no adequate and science- and pleasure-based sex education, it’s not surprising that many of us react to the news of an STI with misinformation at best and fear, slut-shaming, disgust, blame, ostracization, and many other possible negative feelings at worst.

STIs are a risk any time anyone has sex with anyone who isn’t themselves. If you’ve slept with someone who has just told you they have an STI, it doesn’t automatically mean that you have it, too, or that if you do you got it from them. (In fact, if you don’t know your status, have multiple sexual partners, and/or they get tested more regularly than you do, they might even have gotten it from you.)

It also doesn’t make the risk of transference anyone’s fault. It takes two (or more) people to have partnered sex. You are responsible for your own safer sex practices, including using gloves over hands, dental dams over vulvas and assholes, condoms over penises, and boiled silicone. If you took all of the available safer sex measures together, let yourself feel good about having taken all of the available safer sex measures together and made an informed decision. No barrier works 100% of the time, and neither of you is to blame. If you didn’t practice safer sex, than you were part of making that decision, and you accepted that risk. Either way, it is not appropriate to blame your sexual partner for their STI. (If your partner knowingly lied about their STI status or sexual activity, that’s of course a different story.)

Also, some people are born with them (including syphilis or HIV), get them during birth (including genital herpes or chlamydia), or receive them as children from familial kisses from relatives with cold sores (oral herpes). Does that suck for them? Sure. Does that mean they’re bad people in some way? Absolutely not.

Get All The Information

So you’re calm and you’ve acknowledged that an STI isn’t anyone’s fault or a moral failing. What now? The key thing is to get all the information so you can make an informed decision about what to do next.

If you’re talking to an existing sexual partner: If someone with whom you’ve already had sexual contact has a change in their STI status, it’s a good idea to get an STI test yourself. If you’re non-monogamous and/or having sex with additional people, notify them of the situation and implement barriers-only sex if you’re not already using barriers, or decide to wait to have sex again, while you wait for the results. Your partner should do the same. (Remember, the time between a possible exposure and an STI showing up on a test can vary according to the STI.) Thank them for their transparency.

If you’re monogamous and not having sex with anyone else, and have established that you and your sexual partner expect that of each other, wait before you leap to any conclusions. Some STIs cause mild or no symptoms, aren’t detectable unless there’s a flare up, or take different amounts of time after exposure before they show up on a test. The STI might be older than your relationship. You can also get STIs from sharing a drink, sharing makeup or hygiene products like toothbrushes or razors, or eating contaminated food. Only you can determine what conversation you want to have with your partner, but make sure to get all the information first.

If you’re talking to a potential sexual partner: If someone you want to have sex with is disclosing that they have an STI, congratulations! You want to have sex with someone who is considerate, transparent, and honest, even when the topic is uncomfortable. Thank them for their transparency. Then, ask them what you need to know about their safer sex practices, including barriers and acts, and number of partners.

Either way: Ask any questions you might have and make time to research on your own so you’re working with your own knowledge. Book an STI test, so that whatever (or whoever) you do next, you know your status. And when you make a decision, make it with those things – and not shaming or blaming – in mind.

How to Practice Real Self-Care