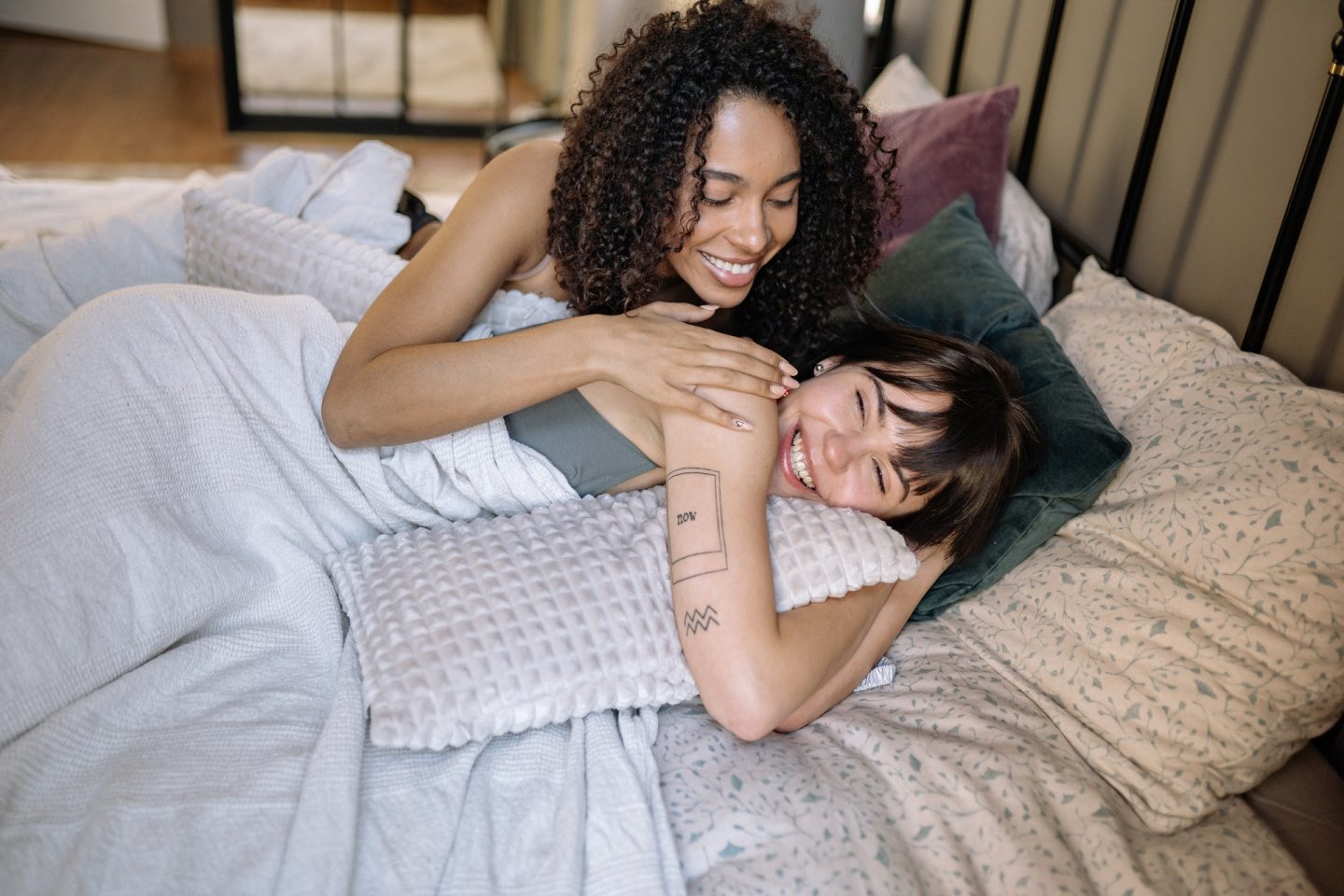 What is sex positivity?

Put simply, sex positivity is an approach that asks us to approach sex with the understanding that it’s a morally neutral (or even positive!) act. This can sound too obvious and simplistic — until you start to think about how we really approach sex now. Even those of us who consider ourselves more comfortable with sex often have some silent exceptions to that rule: sex is good (when it’s with someone you love); sex is good (as long as it’s not kinky, or casual hookups, or polyamorous); sex is good (unless it’s something my partner doesn’t want, in which case I feel bad for wanting it).

One way of thinking of sex-positivity is as a decision to try to truly remove those judgments as they apply to both yourself and others. What if sex is something we consider fundamentally positive on its own terms, whether it’s in a relationship, whether it’s “normal” or “weird” sex, whether it looks like the kind of sex we personally like to have or not? We wouldn’t have to worry about whether the sex we were having or wanted to have, was acceptable rather than shameful sex — because the latter isn’t an option.

There’s no one answer to that question, but there are a few places it might make sense to start.

One idea is to start noticing where shame shows up in both your inner and outer life currently. When you have a sexual thought, is there a rush of shame afterward? If you notice yourself being sexually attracted to someone else (especially someone of the same sex), do you feel guilt or anxiety? Do you feel shame or embarrassment after masturbating? You can start by simply calling your awareness to it when this happens – you don’t need to try to force yourself to stop thinking or feeling those things (hard to change your own emotions through force of will!), but you can be mindful about noting to yourself that those thoughts come up and any specific patterns or focus they contain. You can frame these in your head as what they are — thoughts and feelings — rather than objective truths. Once you feel comfortable doing that, you can start to gently and neutrally challenge those thoughts a little. Again, you don’t need to argue or debate yourself, or try to force yourself into having different thoughts; just leave some space for entertaining a different possibility by practicing asking yourself, “what if this isn’t something I have to feel guilty about?” “What if this isn’t shameful?” Just getting those gears turning in your mind can open up a lot of space for change.

Similarly, you can practice some of these techniques when it comes to other people’s sexual choices, too. When you’re hearing about a friend’s dating life or watching characters have sex on TV and notice that twinge of discomfort, disapproval, or disgust, practice naming the feeling that comes up – hm, I feel nervous hearing about Kate’s date being into spanking – without reacting too much to it. After a while, you can start to consider those feelings with neutral curiosity: what was that feeling about for me? Paying attention to what your associations are and what stories you tell yourself about what certain sex acts mean can be helpful in being more intentional in your exploration of sex-positivity.

For some of us, the idea of sex-positivity itself might make us uncomfortable — and that may be in part due to believing some untrue (but common) myths about it. We can quickly debunk some of the most popular myths about sex positivity:

Nope! Sex positivity holds that the choices we make around sex don’t have inherent moral value — including the choice to not have sex. In the same way that we can understand through sex-positivity that desiring sex doesn’t make you shameful, desperate, dirty, or bad, we can understand that not wanting sex either in the moment or in general doesn’t make you frigid, broken, immature or withholding.

Not at all – sex-positive people can and do have boundaries, hard limits, and most importantly the ability to consent. Just because you don’t judge or denigrate others for being into something doesn’t mean you’re obliged to be into it yourself.

How to Think About and Engage with Fantasies

Girlfriend Won’t Have Sex with Me-What should I do? Lesbian Bed Death