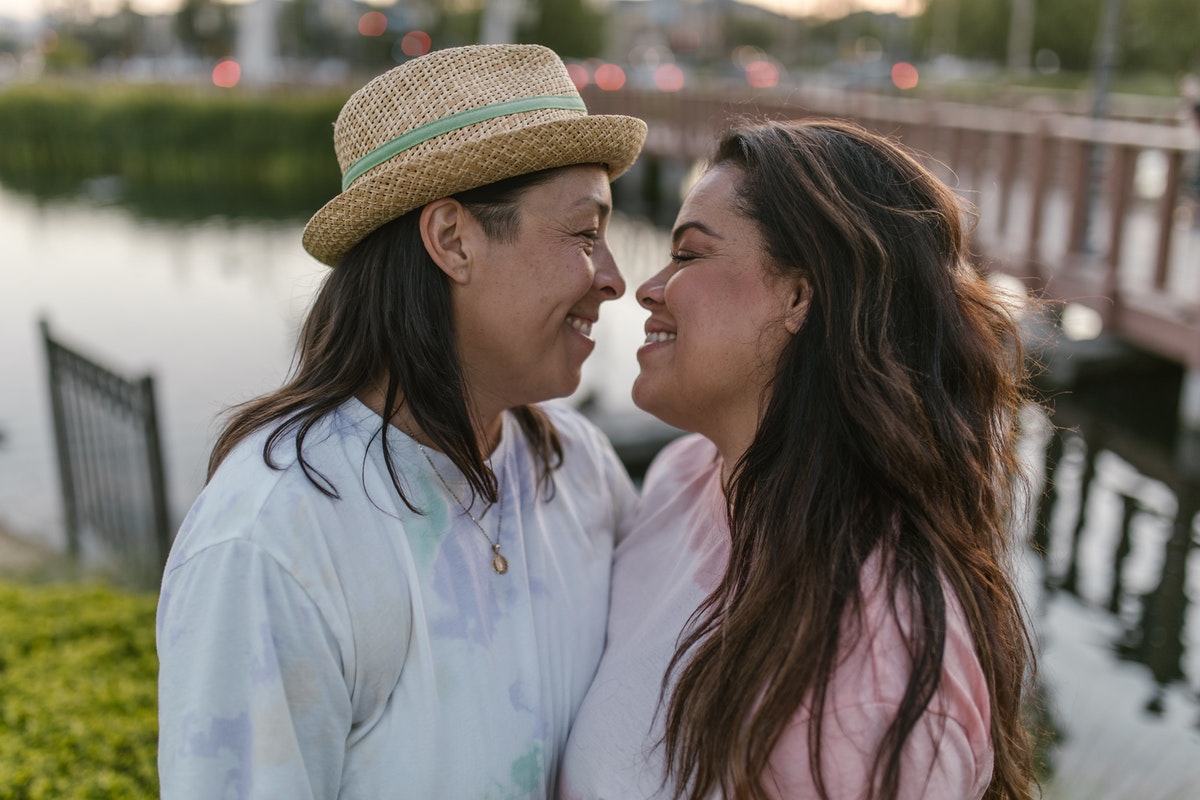 Knowing Yourself and What You Want

If you have a strong sense of self and are building a life you love in which you’re committed to goals, dreams, stability, and personal growth, there is no reason to move in with someone after a second date. No matter how excited you are about someone new, you know you have to figure out how your individual lives fit together and how you each fit into each other’s vision of the future. You also know that continuing to prioritize yourself and be a whole person is the only way to form strong relationships with others.

If that doesn’t sound like you, and if you constantly find yourself jumping from relationship to relationship with no idea what’s going wrong, it’s time to practice building a stronger sense of self and better boundaries. Doing so is the only way you’ll be able to create a healthy, committed relationship.

At the minimum, you should know what you want out of a relationship, be able to ask for it, and be able to recognize that getting what you want is more important than the person you get it with. For instance, if you have a few dates with someone you really like, and then you learn they don’t want anything serious when you want to get married, accept that you cannot change another person, respect the vision you have for your life, and move on. It can be hard, but it’s better than the endless frustration of dating someone who doesn’t want the same things, or of waking up months or years from now feeling like you wasted your time.

Knowing what you want comes first, but asking for it is just as important.

It’s easy to assume that you’re on the same page, especially when your new relationship sex life is coating everything in a blissed-out haze. But making assumptions can result in heartache and pain. I hear from members of couples all the time who are surprised to learn they see their relationship very differently. The only way to get through it is to talk about where you are, what you want, and what you’re doing together. Don’t rely on words like “casual,” “exclusive,” or “committed.” Instead, talk clearly about what you want the relationship to look like and your expectations. It can be uncomfortable, but it’s way better than a surprise down the road.

For example, take two people who have just started dating, text all the time, and see each other once or twice a week. They’re excited to see each other, have a lot of physical chemistry, and get along really well. Even though they haven’t talked about it, one of them might look at their relationship and think neither is dating anyone else; the other might still be dating, with no idea the other isn’t doing the same. Either might be confused or hurt to discover what assumptions the other has made.

For another example, take two people who have just started dating, text all the time, and see each other once or twice a week. They’re excited to see each other, have a lot of physical chemistry, and get along really well. They also talk about what they want out of a relationship, share how they feel about monogamy or polyamory or dating, and complain about Tinder together. If one person wants to be monogamous, she can bring it up openly and they can talk about what that means and make decisions from there, whether that means being monogamous, continuing to date, or respectfully ending their time together. No one makes assumptions and there’s less chance someone will get hurt.

It can be scary to have “the talk” about where a relationship stands. Instead of thinking the talk as about whether or not someone you’re dating wants the same things as you, think about it as a way to communicate what you want and determine whether you can get what you want with that dating partner, or someone else. Either way, you get what you want eventually. The only way to lose is to not ask for what you want, make assumptions, and later learn you were not on the same page.

Growth happens outside of your comfort zone. If you aren’t finding the committed relationship(s) you want, it’s time to start asking for them.

6 Common Relationship Problems and How to Solve Them

Are You Ready to Get Married? What to Think About First