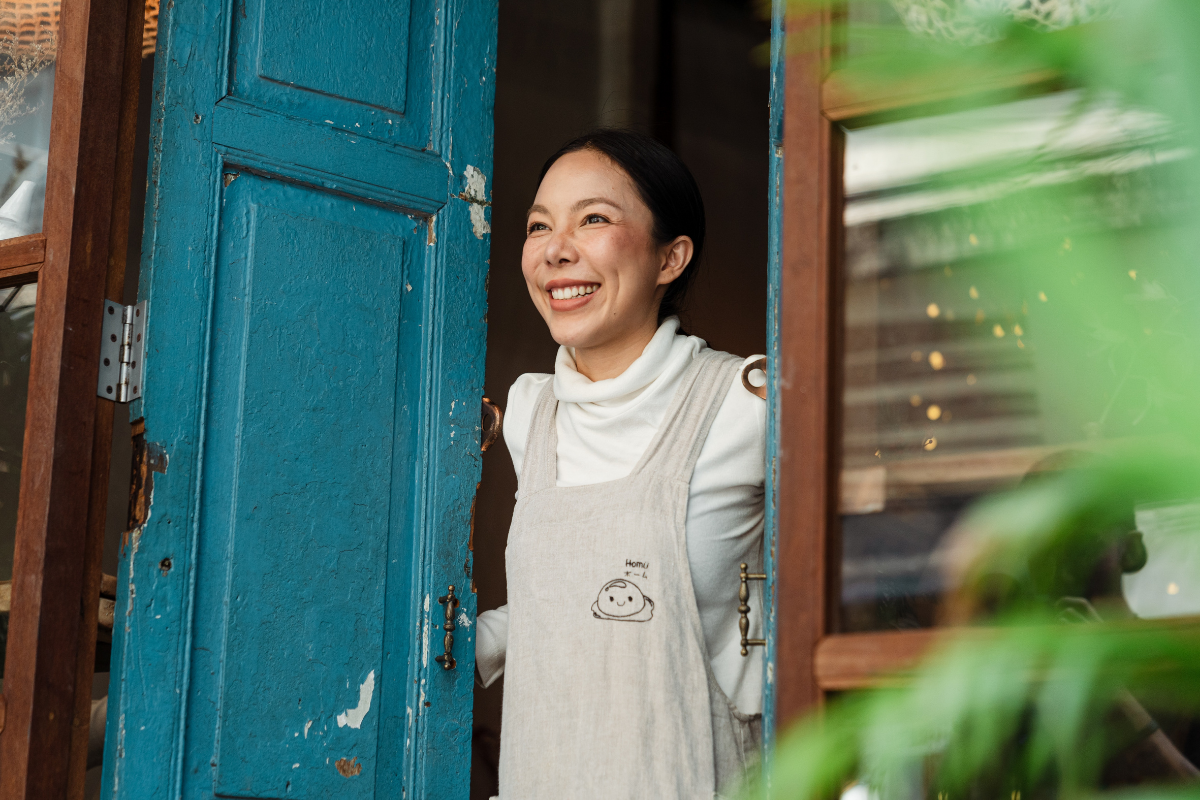 Most of us don’t grow up learning to think of rejection as a good thing. We often internalize the opposite: the idea that rejection is bad, that it’s a personal indictment of us and everything about us, that we should try to avoid it at all costs, and that if we can’t, we’ve somehow failed. In this understanding, when we face rejection, we face a door slamming in our face. But rejection opens far more doors than it closes. Here’s why getting good at rejection is actually a secret superpower for dating – and life – success.

You read that right: rejection may seem like a door closing, but it’s actually a lot of other doors creaking open, especially when you’re dating. Think of it like this: dating, whether it’s a first date or a fifteenth or five years in, depends on two people who want to relate to each other. If someone doesn’t want to be there, that’s it.

This means that hearing “no” from one person opens up the chance of hearing “yes” from another. Can it feel a little vulnerable to put yourself out there and make a move, whether with a stranger over an app, a longtime crush, or anyone else? Yes. And is it better to do that sooner rather than later? Also yes. Why waste time and energy on someone who may or may not be interested when you can find out for sure and either start something together or move on?

How To Respond When You Get Rejected

If you receive a rejection, whether from a potential first date, a one-night stand, or anything else, the best – and sometimes the hardest – thing you can do is to quickly end the interaction and move on. A warm smile and a “thank you for letting me know” followed by a graceful exit leave everyone feeling like their boundaries have been respected. You might want to know the reasons behind the no – but ultimately, they do not matter, and what’s important is to not prove them right by pushing for more information after you’ve already received your answer.

If You’re Good At Getting Rejected, You’ll Get Good At Giving Rejections

Imagine you get a job offer that’s good on paper but just wrong for you. Would you think twice, or would you simply thank them for their interest, say no, and move on? It’s not a judgment on them; it’s a statement about what you need for yourself. You can’t say yes to what’s right unless you say no to what’s wrong. You’re not saying, “this is an insulting offer and you deserve bankruptcy,” you’re saying, “this isn’t for me.” It’s not personal.

In exactly the same way, you rejecting someone else isn’t about them; it’s about you. It’s about your boundaries, your needs, your desires, your wants. Every single person is not a match for every single other person, and that’s okay. That’s actually beautiful. It makes our connections with those who are matches that much stronger. And the only way to find those connections is to get used to saying – and hearing – “no” over and over.

Try To Get As Many Rejections As Possible

The only thing rejection means about you is that you put yourself out there and took a risk. If you don’t take more risks, you can’t get used to rejection – and the less used to it you are, the more you’ll let your ideas about what it “means” take the lead.

If you’re trying to increase your comfort level with getting rejected, gamify it. The only thing you can control is whether you put yourself in a position to be rejected, so try this: your goal is to be rejected for a date five times in two weeks. If you ask someone for a date and she says yes, that’s great! But it doesn’t count. That’s not a rejection. Does five (or more) asks in two weeks seem ambitious? Maybe. But it’s exactly an ambitious goal like that that will get you out of your own way and encourage you to focus more on the attempts than the results.

You can’t control how people or circumstances respond to you. You can only control how you respond to them. By putting yourself in positions where you might hear “no” over and over, you create the opportunity to potentially hear “yes.”