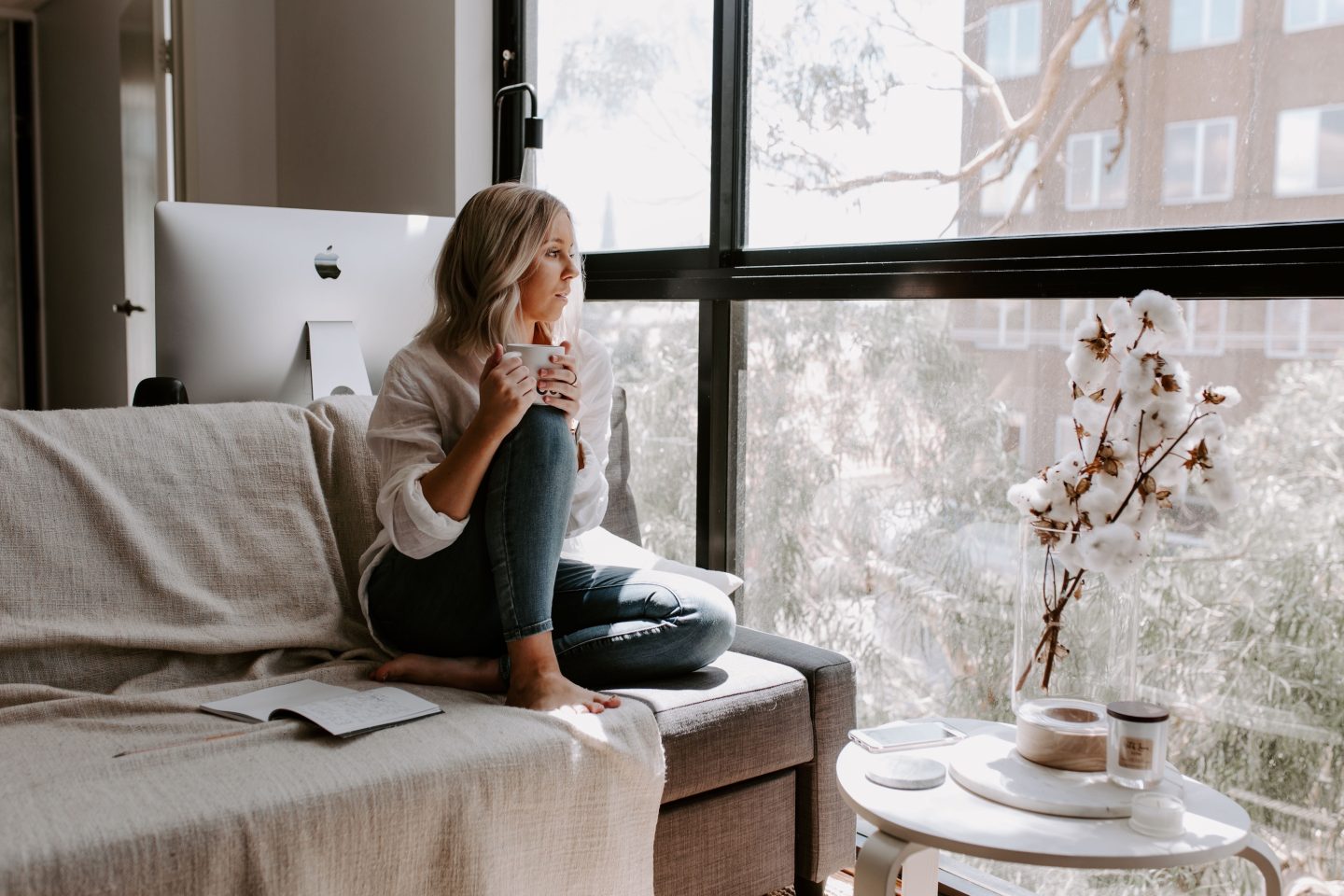 The only constant in life is change. No one starts a relationship predicting they will breakup.  If  they did, they would probably never start one in the first place. However, the reality of life is that most relationships have a timeline and sometimes, someone ends up with a broken heart.

Unless you are one of the very, very rare and lucky individuals who ends up in marital bliss for all eternity with the very first person you ever dated,  read on to find out:

Likely, you’ve heard an anecdotal story of someone walking away from a break-up and feeling relatively no emotional turmoil.  In these rare occasions, the relationships were probably very short-lived, superficial, or had been going on so long that both people left mutually feeling it was more of a relief to end it than anything.  Or, for some, they feel a relief and walk away feeling free and wonder why they waited so long to do so. In these situations, they may have been in an abusive relationship or been struggling to try to make one work that was just unfortunately never going to.

For everyone else, let’s face it: there is nothing quite like the pain experienced after the breakup of a relationship. It is just not something anyone ever wants to experience.

Several factors contribute to the amount of pain and suffering someone experiences after a breakup, including:

Each and every person responds in their own way for their own reasons based on these as well as other factors, including their own history, background and how invested they were in the relationship. 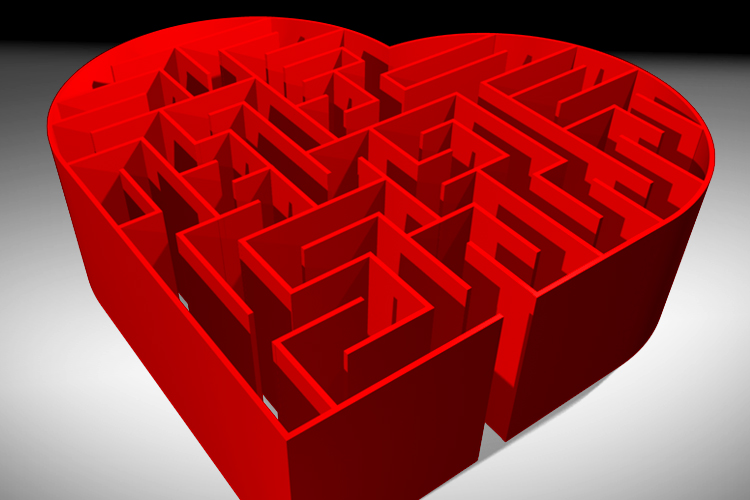 It may take days, weeks, months or sometimes years to get over a breakup.

Usually, someone who decides to leave the relationship moves on much faster than the person who gets broken up with, as this person is left feeling many more negative emotions such as: rejected, hurt, shamed, betrayed and angry.  And if they did not see it coming, they may struggle moving on, as they are consumed with wondering “why” and replaying each and every moment of their relationship trying to make sense of what happened; never getting the answer.

The sense of loss that is experienced after a break-up is almost unbearable for most people.

It completely consumes the mind, body and soul to such a degree that, at its worst, people cannot eat, sleep, think, or function right after.  There is an angst that is unrelenting as memories of the relationship and of the other person consume the mind.  Panic may set in as the realization of the other person and of the relationship being gone from their life hits them.

Typically, this person was a part of their day-to-day existence. They had routines together.  Suddenly, there is no morning kiss or phone call at lunch to check in like there has been for the past 9 months…2 years…10 years… Weekends suddenly become dreaded days filled with idle time wondering how on earth time could possibly go so slow.  Even if there might have been real problems between the two, getting used to not having the other person in their lives and creating a whole “new normal” without them is a huge wake-up call and a painful transition.

There is usually a desperation that hits whereby everyone questions if they really were all that miserable with the other person.

They start feeling so much pain and loneliness that they think that what they had was nowhere near as painful as this…so they at least contemplate contacting the other person..and may even do so.  There is just a strong need to have the pain go away that people will go to any length to feel any sense of relief.   When we experience pain, we will do just about anything to get rid of or numb the pain. We want to go toward pleasure and away from pain.  This is a very dangerous spot to be in, as we are susceptible and vulnerable to doing many unhealthy things.

Unhealthy and potentially harmful reactions and behaviors after a break-up

Often times, people end up calling an ex-back, and begging and pleading for them to take them back..to try again.

They are so afraid that they have “made a mistake” (especially if they were the ones who did the breaking up) that they want to un-do the anxiety of this. Or, as discussed above, they are just struggling so much with the emotional turmoil and transition of being alone after so long that they just want to stop feeling the pain. The danger here is that, especially if their relationship was unhealthy or just not serving them well, they might have really made a great decision for themselves in leaving the relationship..so going right back into something that was unhealthy or not serving them can just prolong them from ultimately being in a healthy and happy relationship.  This is common among couples who go back and forth like yo-yo’s with each other.  They just can’t seem to stay broken up, but they are not happy or healthy when they are together.

Likewise, if the person who got broken up with calls, begs and pleads.., promising to “be better”..” do better”..even if they really did not do anything “wrong”…this can lead to a very unhealthy dynamic in a relationship if they do decide to get back together.

For instance, the person who “begged” to get back together may feel a temporary sense of relief that they are not alone, but are now in a position where they feel they have to be “perfect” in order to “prove” that they really will be “better” and are worthy of having been let back into this person’s life.  They have just taken on a whole other level of anxiety where they worry about doing or saying one wrong thing and being broken up with all over again.  Rebuilding a sense of security and trust in the relationship being solid may never return, as they now know that their partner is capable of leaving them.

Others may not turn back to their partners, but choose to numb in other, unhealthy, destructive ways.

Alcohol, drugs, and even having several “rebound” sexual relationships as a way to avoid feeling the pain and loneliness that follows a break up can lead to very serious consequences such as DUI’s, being arrested, STD’s, unwanted pregnancies, just to name a few.

How to Move on The Right Way 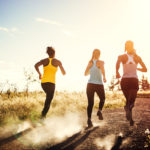 As humans, we are social beings and strive to be in connection with one another.

There is no doubt that the break-up of a significant relationship is a disconnect, leaving a vaping void in our lives.

Realize you are going to have to create a new normal.

This is going to take some time. You are used to talking to this person, thinking about this person, knowing about this person every day.  You will not be able to stop this and create a new normal if you are stalking their Facebook or social media or asking about them—or even calling texting intermittently.  So, no matter how tempted you are, you MUST not do these things.

As hard as breaking up can be, try to see it as a good thing.

Now, if you are reading this in the deep thick hole of pain right after a break-up, you may not be able to read this and take this in.

But, truly, each relationship can teach you what you do and do not want in a partner and in a relationship.  Think of each break up as helping get you closer to getting you to the relationship that will finally not end in a break up. If you stay in the wrong one too long, you keep yourself from being in one in which you can truly be happy.  Learn and move on….

Taking the time after a break-up to reflect on the relationship can also help you to understand yourself better and walk away with the ability to work on any issues before moving onto your next relationship so that you don’t bring them into your next one.

For instance, if you are able to be really honest with yourself and admit your part in the relationship not working was that you were jealous and clingy, working on this can help you not bring this into your next relationship and help you to have a more healthy relationship the next time.

Likewise, you may learn after 10 break-ups with really attractive, hot partners, that you continually choose partners based on physical chemistry and overlook any other qualities, ending up in relationships where the sex is fantastic, but you never have anything in common.  You’re a great, caring person who has tried, time and time again to make your relationships work, but unless you recognize this pattern of yours, you will continue to choose the wrong partners for the wrong reasons and end up with incompatible partners.

Further reading on how to move on after a breakup:

Lesbian Dating: 6 Steps To Start Dating Again After a Break Up

How to Consciously Uncouple

How To Get Over a Lesbian in 30 Days

5 Reasons Being Single is Awesome