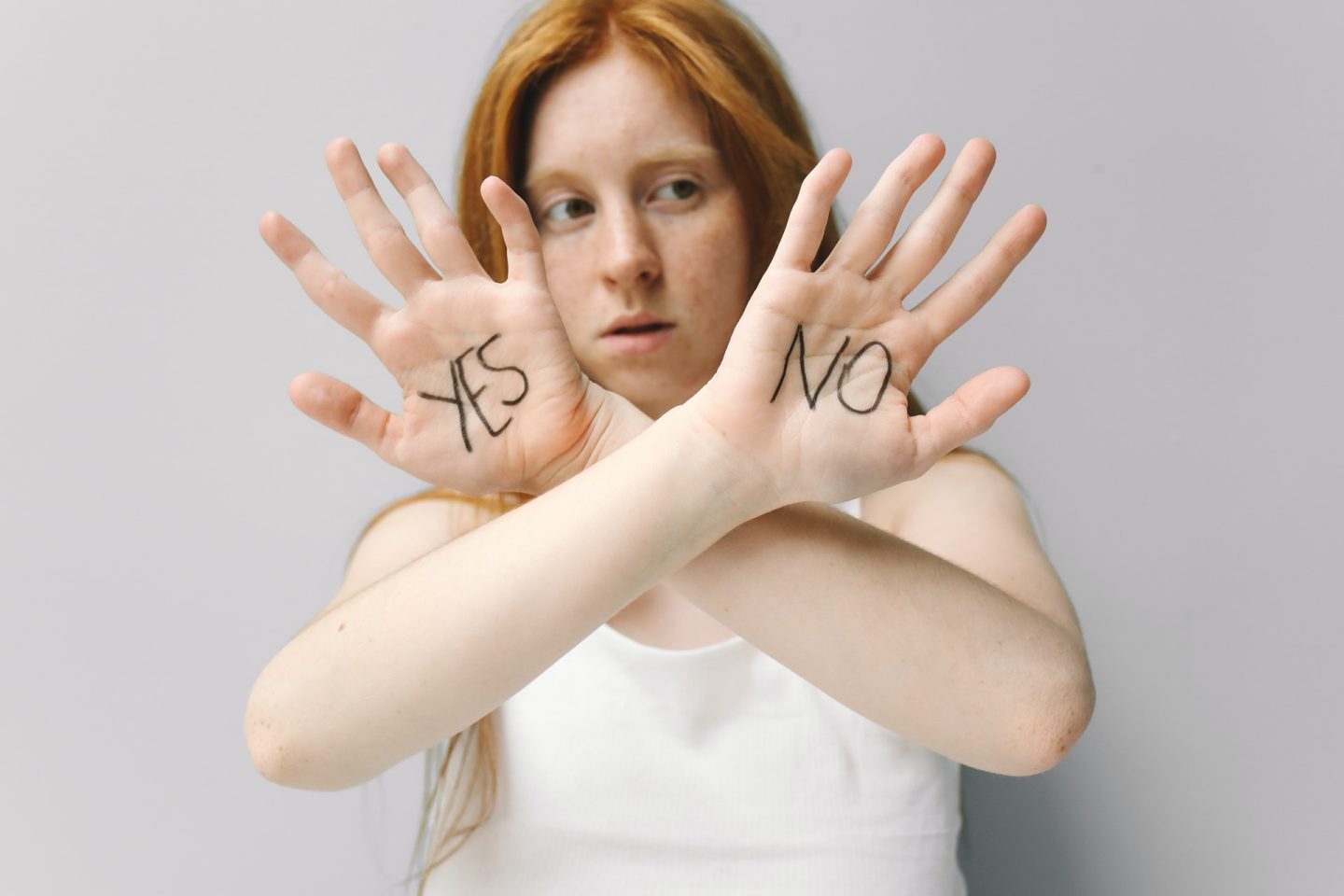 No matter what your sexual orientation is, “mixed signals” are one of the most frustrating experiences in dating. It happens when you’re not sure how someone feels about you, because they’re inconsistent in their behavior towards you.

In addition to the normal dating challenges, as a lesbian, you have the added challenge of figuring out whether the woman you’re talking to is actually gay. Unless she comes out and says it (or has it listed on her profile somewhere), sometimes you really can’t tell. If you’re in this situation, you’re not alone.

Let’s look at what mixed signals are, why they happen, and how you can gain clarity on what’s actually going on between you and the other person. And yes, we’ll also dive into how you can ask if she’s a lesbian.

What are Mixed Signals in Dating?

This person is inconsistent in how they’re showing up for you. You always feel “in the dark” about where you stand with them. Depending on how emotionally invested you are, their inconsistency can be painful, confusing, or frustrating.

Why is Your Date Giving You Mixed Signals?

When someone is crystal clear about what they want, they won’t waste any time on something that doesn’t match that.

If someone is sending you mixed signals, it could be because:

What’s more important is to get clear about what’s going on in YOU. Mixed signals can also reveal that you don’t know what YOU want.

How to Gain Clarity

It may seem counterintuitive, but the first step is to get clear on what YOU want, first. What do you ultimately want? What’s your end goal, outcome, or desire that you want from your dating life?

Knowing your desired end goal will help you make better decisions in dating. It’s like putting a boundary on what you’ll allow into your experience.

You may need to have some difficult conversations or make a decision to not see someone anymore if they don’t want the same big things you want (like a relationship).

Mixed Signals Can Indicate a Lack of Clear Communication

Either the other person isn’t communicating clearly with you…or they ARE communicating, but you’re not hearing the message.

Let’s say you want to find a long-term partnership and you’ve had some conversations with your date around this topic. If she blurts out something like, “I don’t see the point of relationships” or “I’m not sure I’m ready for a relationship right now” or anything derogatory about being with someone long-term—that’s a clear sign she’s not ready or isn’t looking for, a relationship. Don’t expect her to change her viewpoint for you. Don’t wait around for her to change her stance. (That’s a recipe for going insane.)

Let’s say you express to your date that you really like her and enjoy spending time with her, and she says something like, “I want to be a good friend to you”—take that seriously. She’s telling you she sees you as a friend.

During the dating process, always pay close attention to what the other person is telling you—in both their words and actions. Take what they’re “saying” seriously.

How Can You Tell if She’s a Lesbian?

If a woman is a lesbian and she likes you, she may flirt with you. However, many single queer women are baffled on how to tell if a woman is interested in her! Part of this has to do with understanding social flirting cues and knowing what lesbian flirting looks like. Many women don’t actually know if a woman is flirting with them or not!

The other part goes back to being able to communicate well and knowing how to tell if someone’s a lesbian. Sometimes the easiest way to get clarity is to have a simple conversation.

“Hey (name), I really enjoy spending time with you. I love our conversations and I feel so drawn to you. I’d be thrilled to continue this… I’m curious about something. As you probably know, I’m a lesbian… and I really like you. But I’m super interested to know how YOU’RE feeling about all of this?”

You can use playfulness, humor, or flirtatiousness. It’s worth having this conversation—because you might kick yourself later for not taking that risk. (And if she’s not a lesbian, you definitely want to know sooner rather than later.)

Don’t Be Attached to an Outcome with This Person

This can be really hard.

When you have this conversation, be ready to hear the other person’s answer. They may say no. They may not be interested in a romantic relationship with you. They may have a reaction you weren’t expecting.

This is where vulnerability comes into the dating process. Remember to use vulnerability appropriately and be honest in sharing how you’re feeling. Sometimes it’s like a nuanced dance where you’re exploring and seeing how the conversation unfolds, with no attachment to a particular outcome. If this isn’t your person, trust that someone else is.

Feel what you’re feeling, but remember to keep your bigger desired outcome in mind. If you have to let this person go to make space for your true partner—it can hurt in the moment, but it will be worth it later down the road.

Your Heart is at Stake

What’s at stake is your heart, your emotions, your time, and what you ultimately want. The more time you spend with someone who doesn’t want what you want, the more attached you’ll get and the harder it will be to let that person go. Don’t sacrifice what you want (the right partnership) for something you DON’T want (a person who drives you insane with their lack of consistency and clear communication).

Sometimes you have to make tough decisions. It can be scary and even painful in the moment. But what you want is too important to settle for something that isn’t in alignment with the end goal.

Hate Dating? Maybe You’re Making It Harder than It Needs to Be