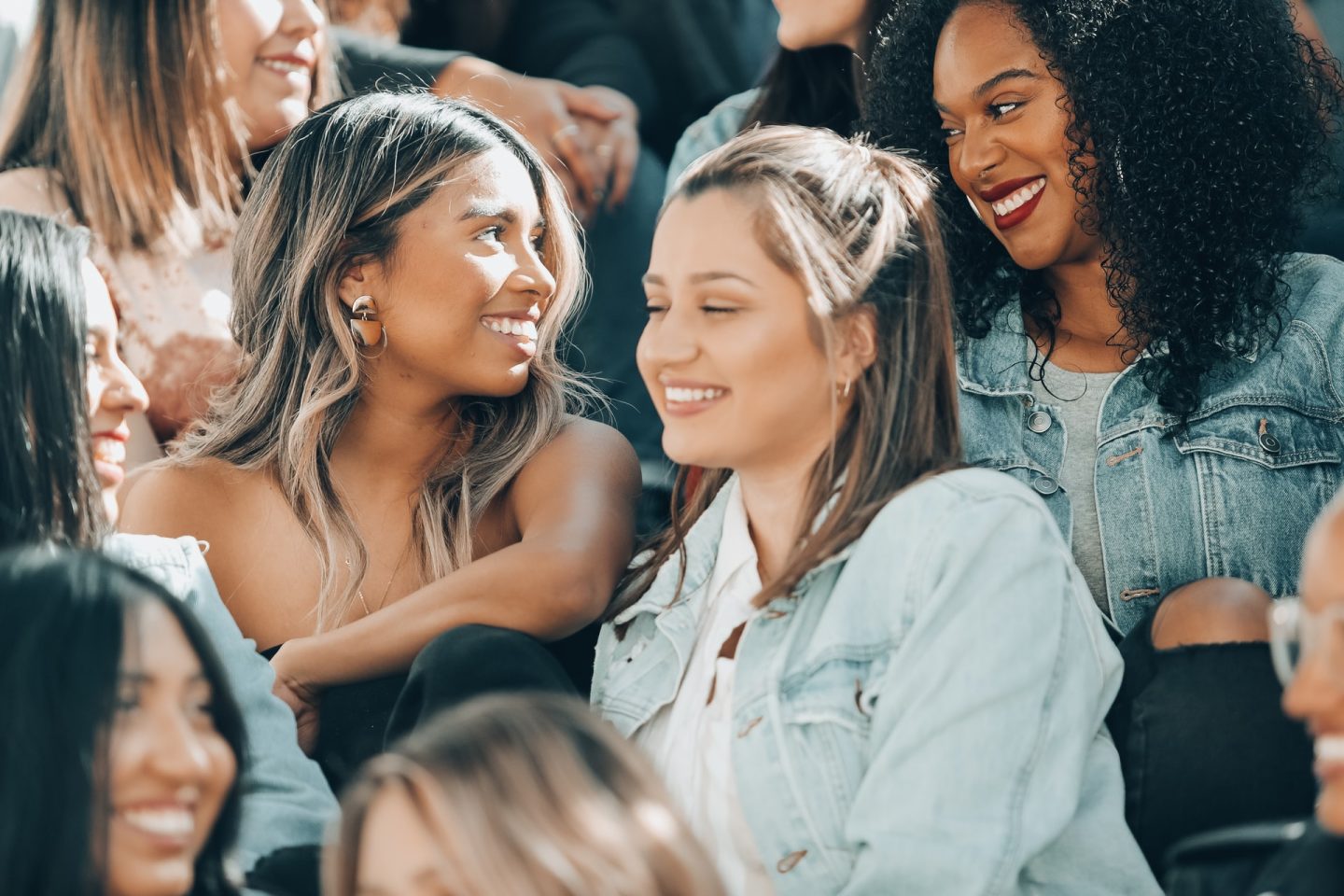 Flirting is a way to connect and discover whether someone wants to interact a little more intimately. Since many of us shy away from directly saying, “You’re really cute, would you like to go for a drink with me?” flirting is a lower-stakes way to express interest. Don’t overthink it. Flirting is fun! If done well, each person feels respected, hopeful, and like she just connected with another human – without any sense of pressure or obligation.

Everyone flirts for different reasons. According to The Five Flirting Styles by Jeffrey Hall and Steve Carter, there are five flirting styles that each go along with different settings, intentions, and possible outcomes: sincere, playful, physical, traditional, and polite. If you’re not happy with your romantic life, perhaps there’s a disconnect between the way you communicate – your flirting style – and what you really want.

Sincere flirters want to create a genuine connection. They listen, ask thoughtful questions, and want to get to know the person they’re flirting with. They also have the most effective strategy.

Playful flirters often flirt to increase their self-esteem, not to find a long-term relationship. They flirt because flirting is fun.

Physical flirters focus on sexual chemistry and rely on body language, whether it’s tousling their hair, crossing and uncrossing their legs, leaning in, or respectfully touching the person they’re flirting with. They’re the most likely to be sexually open and the most likely to not pick up on how the person they’re flirting with is responding to them.

Polite flirters are very cautious in showing their interest, sometimes so much so that the person they’re flirting with doesn’t realize they’re being flirted with. They’re also the most likely to not notice if someone else is flirting with them.

Knowing your flirting style can help you identify gaps between what you want and what other people think you want. For instance, if you’re a polite flirter and no one is responding to you, it might be time to get more sincere. If you’re a traditional flirter but struggle with sexual chemistry in your connections, it might be time to explore getting more physical.

How to Lesbian Flirt

When you think of lesbian flirting, think of each exchange as a “hook.” For example, making eye contact with an attractive stranger across a bar or Zoom room is a hook. If she smiles back, that’s a hook. If you get closer, that’s a hook. If she uses body language to indicate that she’s receptive to your presence, that’s a hook. For each, there’s an acknowledgment and a response that continues the interaction. So what kinds of things can you do or say when you’re flirting?

Eye contact is a key move in flirting. It’s a way to show you’re paying attention and establish interest. Plus, studies show that eye contact can actually sync brain activity between two people. Make eye contact for a second or two, smile and briefly look away, and then look back. If she catches your eye again, there could be a spark of interest.

Physical proximity is the next step after being across a room from each other. Respect physical space, and back off if she turns fully away from you, closes her body language, or gives curt responses. If she turns towards you, she might be interested in interacting a little more.

Compliments are a direct way to convey attraction. Giving a specific, personal compliment can be a way to initiate conversation and show you’re observant. For example, I once met a woman by complimenting her on the unusual square-shaped ring she wore. I complimented her on it (hook), and she responded that it was a gift from her mother (hook). I said her mother had good taste (hook) and we began a conversation.

Touch can be part of creating a physical connection. Everyone has a different comfort level with touch, so it’s important to keep it light and respectful. Playfully touching someone’s shoulder, elbow, forearm, or knee can be ways to indicate that you’re flirting, not trying to make friends.

How to Flirt Over Social Media

Flirting over social media involves the same exchange of hooks as in-person flirting. You follow them; they follow you back. You watch her story; she watches yours and responds with an emoji. You reply to a tweet; they reply to yours. You slide into her DMs; she’s coming over Friday at 8. (Yes, that can happen.)

An advantage of flirting over social media is that it’s asynchronous and easier to be creative. But it’s also easy to misread or to be misread.

If you’re flirting online, do: Send a brief, funny, thoughtful response to something she posts and see what happens. Pay attention to how she interacts with you and lean in if it seems positive. Continue to do your own thing online as well as engaging with her.

If you’re flirting online, don’t: Do not follow someone for the first time and immediately like more than one of their photos or tweets. Don’t keep replying to everything they post unless you’re getting consistent responses from them, too (i.e., she’s writing you back, not just liking what you send). Don’t stay glued to your phone so you can be the first watch or like on everything she posts. And don’t wait forever to be more direct – after you go back and forth, slide into her DMs and be clear about your intentions.

Why Do Lesbians Flirt, Anyway?

Flirting is a light way to show your interest. It’s not a way to make sure someone goes home with you, goes out with you, or even has a conversation with you. It’s all about fun and exploration. Healthy lesbian relationships start out best when both women are comfortable being themselves, so don’t focus on where things might go in the future, have fun getting to know each other right now.