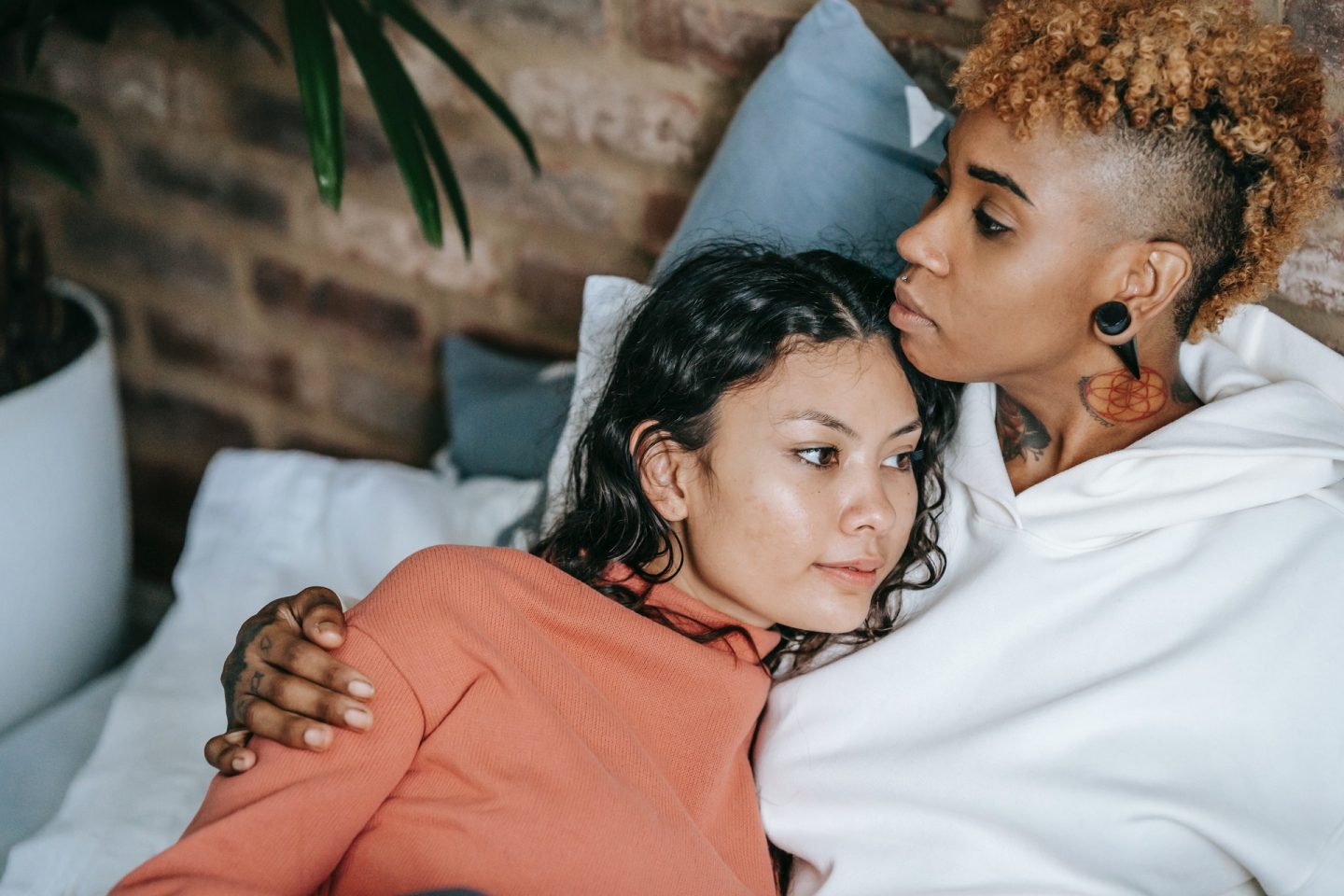 We’re often told that the key to good sex is good communication – letting our partners know what we like and making a lot of space for them to tell us what they like too, and keeping open lines of communication as time progresses. Most of us do the best we can at this, but sometimes no matter how much we share or how clearly, the sex just… isn’t good.

This is a bummer, especially if it’s with someone we like a lot and otherwise feel compatible with – and it can be hard to figure out how to tell them that what they’re doing isn’t working. Hearing that we aren’t meeting someone’s needs is always hard, and it may trigger pre-existing insecurities many of us have around our experience level or coming out later in life. Although it may never be an easy conversation to have, here are some of my thoughts on how to have the best outcome possible.

The best way to make sure you and your partner both feel comfortable with honest conversations around loaded, emotionally charged topics like sex or your satisfaction in the relationship is to establish skills and trust around openly communicating about the smaller stuff. If you can’t tell your partner that you don’t like how dark she cooks your toast in the morning, it’s going to be really hard to tell her that the way she’s been touching you doesn’t feel good.

Practice setting small boundaries and giving small constructive feedback in lower-stakes situations: “Actually, it would be a really tight turnaround for me to pick you up from work today – do you think you could take an Uber?;” “Baby, thank you for making my lunch – next time could you put the avocado on first, then the lettuce? I like it better because that way the bread doesn’t get soggy.” If you don’t already have direct communication established, this might feel difficult, or you might get some pushback – that’s ok, that’s why you’re practicing. Notice how you react when your partner expresses issues as well – try to model the kind of response you want to see from her.

Bring it up in the Moment

You may not feel confident about delivering an articulate and tactful 101 lecture on how you want to be touched while you’re in the middle of things — and that’s ok, you don’t have to! But much like how it’s difficult to have tough conversations when you have zero past experience with it as a couple, it’s super confusing to hear that the sex hasn’t been good when you’ve been moaning and effusing about how great it is for months. In a worst-case scenario, this can set the stage for mistrust down the line — what else have you been saying you’re happy with when you aren’t? your partner might wonder.

You don’t need to pause sex and have a full sit-down conversation, but it’s useful to be ready to ask for adjustments — “could we do it like this instead?” or “you know, I’d love it if we did this instead.” In general, offering what you do want — even if it’s a completely different activity, or to pause and take a break — is much more actionable than just saying you don’t like something, especially if your partner isn’t as experienced or confident. That said, giving context or an explanation can be helpful, especially if it’s a major or ongoing issue: “It kind of hurts sometimes when you do it that hard; maybe we can take a break for a minute and then try slower with lube in a little bit?”

Even if you can’t bring yourself to give feedback in the moment, the most key thing is to not actively praise things that aren’t working for you. Although using a “praise sandwich” is fine — mentioning something you don’t like as only one item among other things you do like — resist the impulse for a white lie, and whatever you do, don’t fake an orgasm.

Again, a really helpful way to make sure communication is received well is to invite it as well. If you aren’t already, practice neutrally asking your partner for more feedback of their own during sex – “how does that feel?”, “do you like it more like this or like this?” Hearing feedback about bad sex may feel less like an attack to your partner if they know you actually want to hear how it is for her, too, and change it if it could be better.

Then Bring it up Later

If it is a major or ongoing issue — a sex act that’s really important to you is something that just doesn’t feel good the way your partner does it — it deserves its own conversation in a neutral, low-stakes setting when neither of you is crunched for time or stressed about something else. It’s best to be clear and direct without blaming or using excessive “you” language – you can even use “we” instead if that’s easier.

“I wanted to check in about our sex life – I’m really happy with X and Y, and I love how you Z. I think I’ve been having trouble with how we’re doing [sex act], and wanted to talk about some other things we could try with it. I think [this part] doesn’t feel great to me, and I think it’s because [reason] – I wonder if it would be better to do [thing] instead. What do you think?”

You can be as concrete and constructive as possible in the moment, and offer advice or feedback about what you’d prefer – but even if you can’t, the most important thing is that the topic is opened up now, and going into the next time you have sex your partner will know to be aware of it and hopefully solicit input from you.

Again, don’t forget to ask your partner for their thoughts too, and really listen — is there anything she wishes were different about your sex life or would like to try? For all you know, she also has some constructive criticism and is relieved to be asked.

How to Have “The Talk”