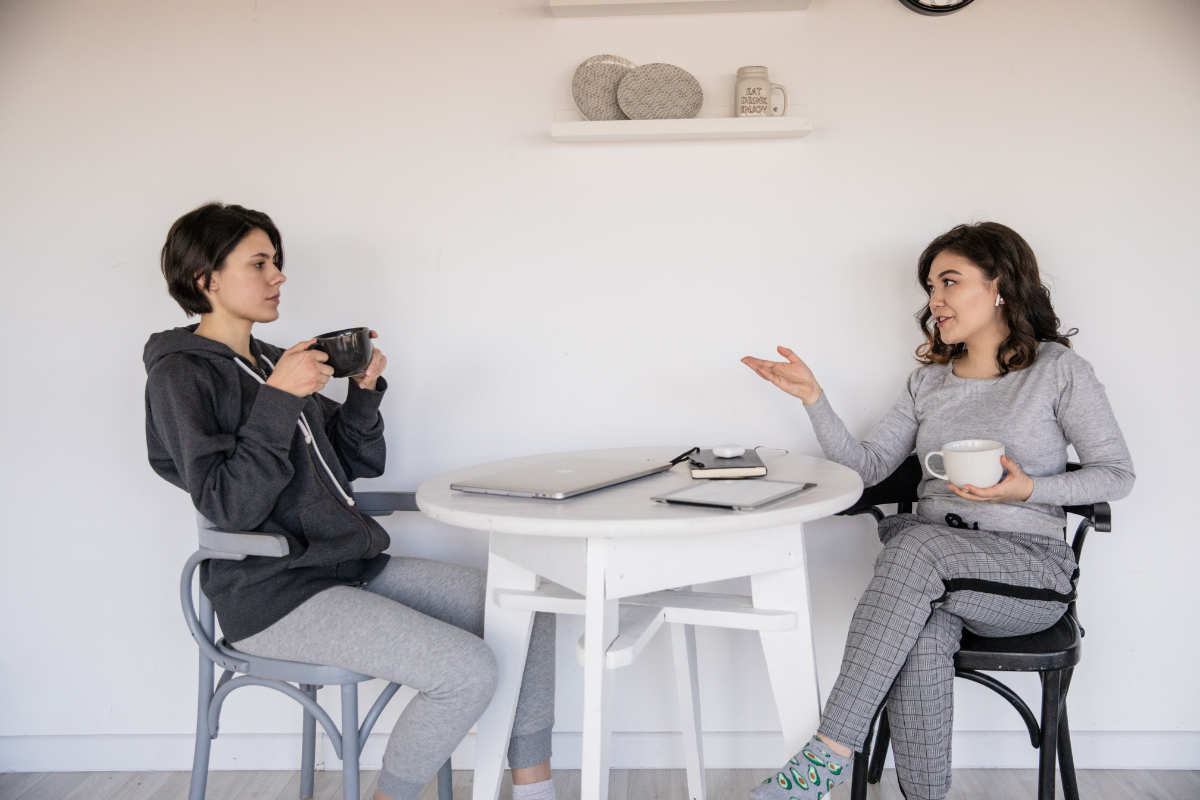 Whether it’s about calling your girlfriend your girlfriend, getting married, having kids, or doing something new in the bedroom, there comes a time in every relationship when a serious conversation is on the books. But what’s the best way to initiate that conversation, and how can you make sure it’s a success?

When there’s something big we want to talk about with a partner, we often hope that they’re on the same page we are – but a conversation (or a series of them) is the only way to find out for sure. Redefine having a successful conversation not as everyone being on the same page, but as everyone feeling comfortable expressing herself and having room to do so, listening to each other, and being heard.

There are good times to have a serious talk about a serious topic, and there are bad times. Some examples of bad times: asking to introduce a new sex act halfway through sex, mentioning that you don’t want kids on the way to IVF class, or asking to keep your engagement announcement secret from your families for a bit while you’re brushing off your knees from the proposal. What do these times have in common? The issue the big conversation is about is already happening or about to happen, and the environment is heightened and high stress.

Instead, plan to have the talk removed from the circumstances around it. For sex acts, that means not talking about it in bed or during the type of date that usually leads to sex for the two of you. For other conversations, leave enough physical and emotional distance from the issue you’re talking about that everyone can bring their best selves to the conversation, rather than simply reacting to what’s happening. You’d want to share that you’re allergic to dairy before a charcuterie date instead of after you’ve already ordered, so extend the same thinking here.

Don’t Say “We Need to Talk”

If you want to plan for the conversation in advance, don’t be vague. Instead of “we need to talk,” try, for example, “some things have been coming up for me around our IVF classes. Can we talk more about that when we’re both off work tomorrow?” Being more specific will both set the tone and prevent creating unnecessary anxiety.

Figure out What You Want to Say in Advance

I’m not saying you should script out your whole conversation before you have it, but it is a good idea to get clear with yourself about what you want to say and how you want to say it. You won’t be able to plan for every possible reaction your partner has – and you shouldn’t try. You can’t control or even anticipate someone else’s reactions. What you can do is check in with yourself around how you’re feeling, and think about how you want to communicate that to your partner and what is most important to share.

Don’t Make It About the Other Person

Whatever you have to say, you’re the one saying it. Using “I” statements in loaded conversations is a cliché for a reason: it works. “The way you talk about kids is freaking me out” has a very different tone from, “We’ve been talking about kids a lot lately, and I’ve been sitting with my feelings around that and want to share those feelings with you.” The first approach is reactionary, about the other person, and heightened, while the second is forward-looking, about your own feelings, and approaches the conversation like you’re two people with equal footing and different inner worlds making a decision together – which hopefully you are.

Give Them Time to Regroup

You might have taken some time to figure out what you wanted to say before initiating the conversation – but your partner hasn’t. Give her time to respond. She might need a few minutes, or they might need a few days. She might have questions. They might have feelings. Don’t demand a response immediately, and don’t demand their response look a certain way. Hold space in the conversation, and if they ask for time to think about what you said, give it to them. (If there’s a time constraint, then you didn’t create a good-enough space for having the conversation in the first place.)

Remember, if you sat with your feelings, held space for the conversation, communicated clearly, and listened to your partner, you can consider the conversation a success – regardless of the outcome.