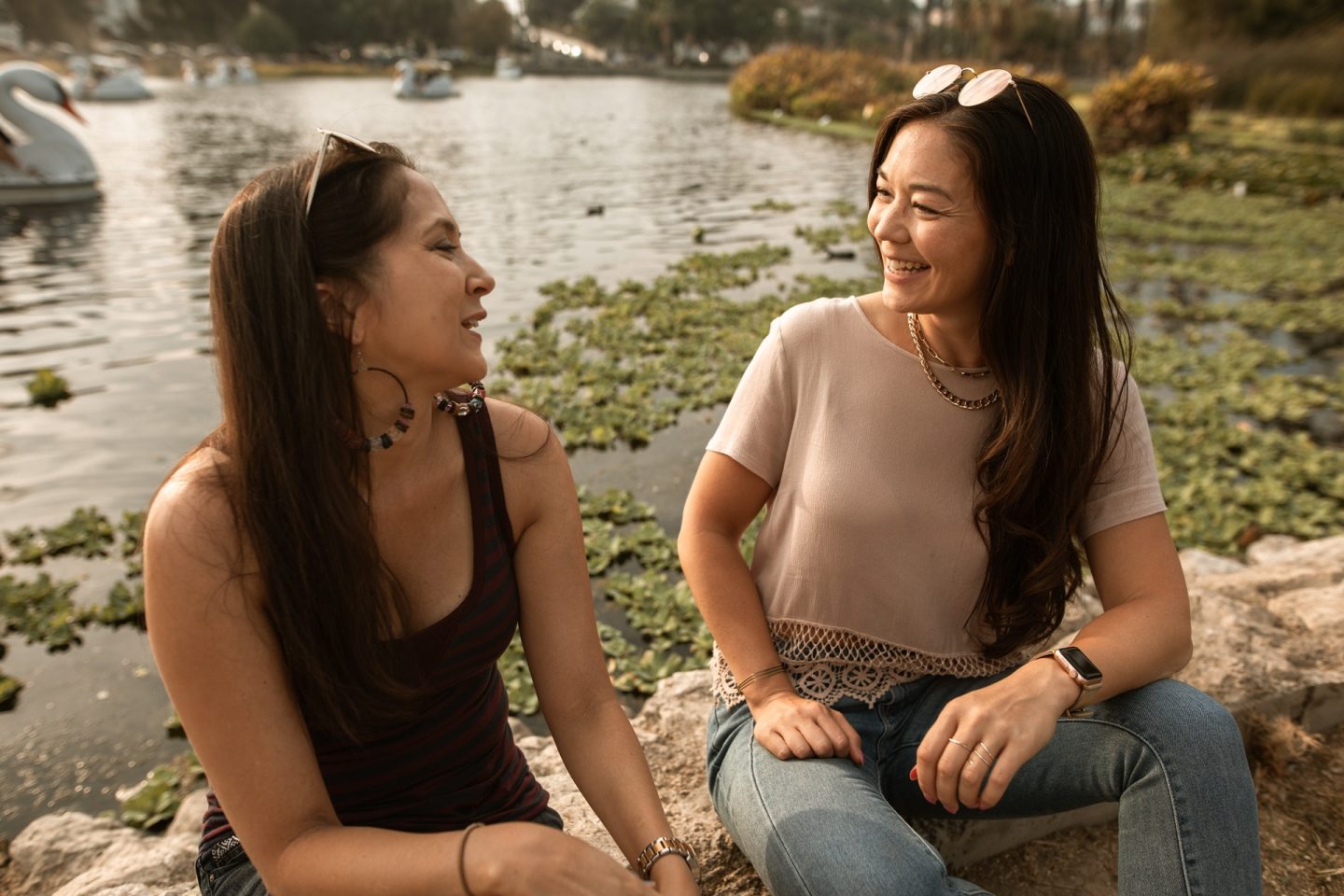 What Does Flirting “Mean”?

Sometimes, especially when we haven’t had a lot of attention lately, we put a lot of pressure on any given interaction to be the best interaction it can be. If you’re not used to messaging over a dating app, every single message can feel high stakes, in the same way that if you’re not making a lot of gay eye contact with attractive strangers, a single glance can send you into an erotic tailspin. Flirting when you’re not used to it can sometimes go along with a lot of self-imposed pressure to be the best at flirting and to somehow escalate the interaction. Not surprisingly, that type of pressure often makes it a lot harder to flirt.

Instead, try thinking of flirting as a light, fun way to show you’re interested, whether they’re a total stranger or your partner of years.

Whether in person or over video, direct eye contact (look at your camera if you’re on video) held for a few seconds and a smile are a great way to initiate flirting. They establish that you’re secure enough to meet someone’s gaze and interested enough to hold it. Catch and release eye contact a few times to establish whether or not they’re interested, too.

If you’re looking for an opening, a compliment can be a good place to start. But not just any compliment.

It’s tempting to tell strangers that they have striking eyes, that on a scale of one to ten they’re an eleven, or whatever other line you can find if you google “how to compliment someone.” But there’s only one real way to do it: pick something unique about them related to either (1) something they just said or did, or (2) a decision they made that morning, and express your genuine positive impression of it. For instance, telling someone “wow, you look completely perfect” is a little hyperbolic and a little dull. You could say that to basically anyone interchangeably. Instead, “your outfit is so well put-together, I love the [texture, color, whatever stands out to you about their outfit]” affirms their choices and taste and opens the door for conversation a little wider.

If you aren’t confident in giving compliments, try the following exercise. Go people watching, whether in person or in a Zoom event. For every person you see, think about one positive thing that a person who loves and is attracted to them would see, whether that’s the shine of their hair or the way their eyes look like they’re smiling even with a mask on or how much care they’re showing the dog they’re walking. Every single person is attractive in their own way. Practicing identifying positive attributes of total strangers will not only help you broaden your personal attractions beyond those you may have been prescribed, it’ll also help you get great at flirting and giving genuine, unique compliments on the fly.

Focus on What They’re Saying, Not on What You’re Going to Say

Listening, not speaking, is the most important part of flirting. If you’re focusing on what clever thing you’re going to say next, and not on hearing what the person in front of you is saying to you, you’re going to be bad at it. Flirting is a conversation, a give and take, a series of playful engagements. Don’t worry about witty banter or clever remarks. Just worry about listening, asking questions, and leaning in.

Don’t Be Afraid to Be Clumsy

Being clumsy, whether conversationally – such as if none of your jokes are landing and they’re not into it – or physically – such as if you spill your drink all over yourself – happens to all of us. You can choose to either fixate and make a big deal of it, smile and pretend it didn’t happen, or make a little fun of yourself and move on. Owning that you’re clumsy, in whatever sense, some of the time can not only help you recover from the moment, but also help to put your conversation partner at ease.

How to Tell If Someone Is Flirting with You

Flirting involves a little bit of vulnerability and putting yourself out there, but it’s important to remember that rejection in flirting (or anything else) is not a big deal. Pay attention to body language and the types of responses you’re getting – if the person is leaning away, looking away, giving you one-word answers, not asking questions of their own, or otherwise disengaged, take the hint and back off. On the other hand, if they’re leaning in, joking and bantering back, asking you questions, and making eye contact, that’s a very good sign.

How to Get Great At Lesbian Flirting

What Is Sexual Fluidity, And What Does It Mean?

Lesbian Dating: When She Doesn’t Fall From the Sky, What Next?