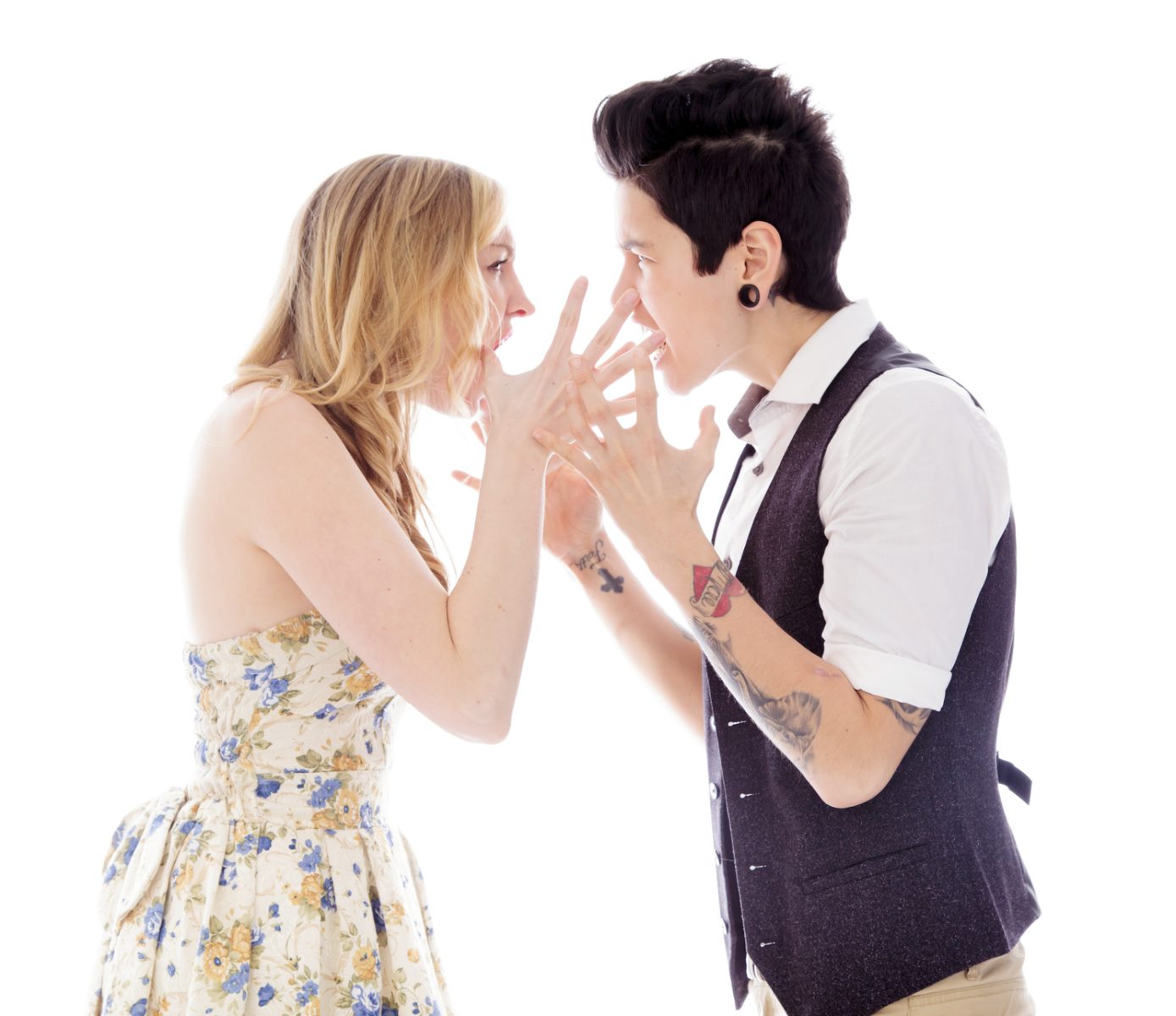 Arguing, disagreeing and fighting is inherent in any relationship. In fact, if you’re not fighting here and there I would be concerned. Fighting doesn’t just occur in relationships that are failing, it occurs in most relationships and it’s not necessarily a bad thing. What makes the difference is how you choose to fight.

Learning how to fight fairly is one of the most important set of skills that you can learn in order to keep your relationship healthy and strong. The difference between couples who fight and make up from the ones who aren’t able to make up is often due to lack of skills that are necessary when trying to work through conflict in high stressed situations. Couples who fight fairly demonstrate subtle but crucial traits that keep them from becoming hostile and overly angry.

I want to share 4 relationship destroyers with you that Dr. John Gottman developed. He’s well known for his work on marital stability and relationship analysis. He has studied relationships for over two decades and is known for his ability to predict the likelihood of divorce in newlyweds.

Let’s focus on the use of CRITICISM when communicating for a minute. Criticism can be blaming, finding fault, nit picking over small things, attacking your partners character. Complaining isn’t damaging or toxic however criticism is. For example: imagine you’re really frustrated with your partner for not putting her dishes in the dishwasher. You could choose to communicate your frustration by saying: “babe I’m really frustrated that you’re forgetting to put your dishes in the dishwasher and I’d really appreciate it if you could make sure you don’t forget next time. You really want to focus on the behavior, not the person. An example of using criticism in your statement would be if you said: “You’re so lazy. Why can’t you put your dishes in the dishwasher? So! Ladies I really want to see you be thoughtful about how you say what you say. Couples who fight fairly state their requests directly. If they want their partner to behave differently, they ask for it. They are able to communicate clearly about what they desire. They might say something like, “Please put your dishes in the dishwasher from now on” rather than, “I need you to change.” Remember the goal is to communicate your thoughts and feelings in a way that your partner can hear you. When we’re being attacked our ears curl and we’re no longer hearing anything you’re saying because we’re preparing to counter attack.

Contempt occurs when we communicate with disgust, name- calling, eye rolling, cursing, and being hateful. Couples who show a high degree of nonverbal contempt for each other (through behaviors like eye-rolling, avoiding eye contact, shaking their heads) are more likely to have relationship distress. Prolonged exposure to these types of behaviors build up resentment and anger that over time erodes the relationship. If you’re feeling really angry and disgusted with the situation, take a breather and allow yourself some time to decompress. There’s no need to feel like you need to solve the problem this very moment when you’re full of anger. Keep in mind nothing gets accomplished when we’re angry. Give yourself a few minutes to cool off by taking a walk or listening to music. Then reattempt communicating with your partner in a non-contemptuous way.

Defensiveness occurs for example when you are not taking responsibility for own stuff, turning the blame back onto your partner. For example: your partner is trying to communicate her feelings to you and you follow up by saying “well you don’t always put the dishes in the dishwasher either”. When your partner is communicating how she feels even if it’s hard to hear what she has to say take a deep breath and try and stay focused and present instead of planning and formulating what you’d like say for your response.

Stonewalling is refusing to deal with the issue and an inability to deal with conflict. Stonewalling can be displayed by your partner walking away angry while you’re trying to communicate with her or ignoring you for hours or days after having the disagreement. Stonewalling is one of the most toxic behaviors one can engage in. If you need to take a time out from discussing the situation with your partner communicate with her by saying you need to take a breather for a few minutes instead of walking away with no explanation. You’ll want to be clear that you’re not abandoning the situation rather you’re taking a few minutes to gather your thoughts and get grounded before addressing the situation at hand so that you can communicate in a healthy and productive manner.

I also want to share a few additional thoughts with you. You know me…I have lot’s of thoughts to share. Try and limit your focus when arguing with your partner. Be careful not to “kitchen sink” an argument where you complain about everything at once and throw in the kitchen sink for good measure. Focus on ONLY the issue at hand. One issue at a time. Once the argument has been discussed allow it to be over. One important element of arguing fairly is to let the argument be over when it’s done with. Remember you’re working through the argument and the goal is to move towards forgiveness and move on. You do not want to bring up old issues again and again just to prove a point.

Couples who fight fairly take the chance to make up and reconnect at the first opportunity. Discuss an issue sooner rather than later. Don’t wait until something small becomes overwhelming to discuss it. It’s easier to talk about an issue while it’s small. Plus if you discuss it early on you will avoid resentment that would otherwise build up over time. And finally couples who fight fairly focus on a win-win attitude….winning in the relationship, not on winning the fight. They remember that they are on the same team, working for the same goal, and are, really, allies rather than enemies. They keep the relationship as their main focus rather than focusing mainly on their personal ego. All the skills I discussed today can absolutely be learned.

Like anything it takes practice and dedication. If more people learned to do it, it’s likely that fewer marriages would end in divorce. All relationships will have disagreements- it’s how you handle those disagreements that determines whether your relationship is a happy (or unhappy) one. Remember: “Success in a relationship does not come merely through finding the right mate, but through being the right mate.” Thanks you so much for watching and I hope today’s segment was helpful to you.

If you liked this video and you found it to be helpful please “like it” and share it with all of your friends wherever you like to connect because you just never know who you might be helping. See you next time!