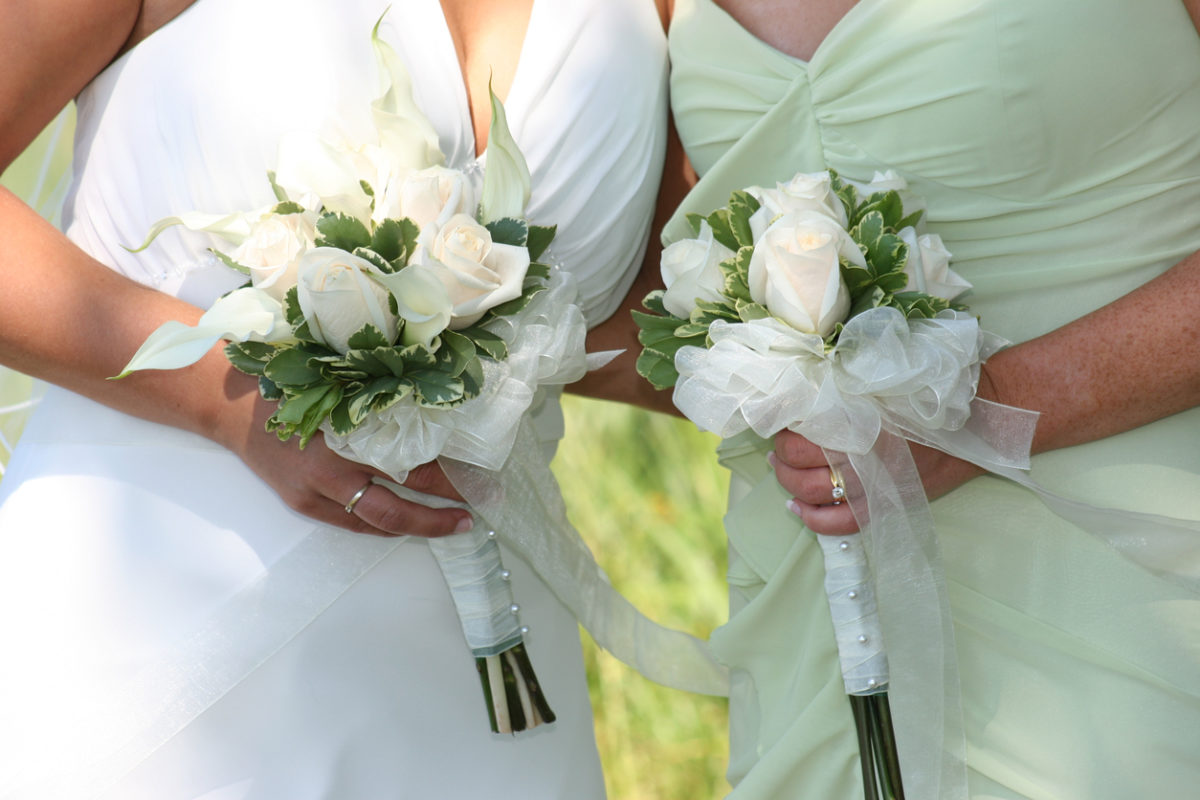 I know many of you are anxiously anticipating the impending Supreme Court ruling on the Defense of Marriage Act (DOMA). Some of you have sent me questions about what DOMA is, what it means, and what it will mean for our community if it is overturned. This month’s newsletter will hopefully clear up some of your questions about how DOMA affects our lives. I’ve also included links to other resources and of course the story of Edie Windsor and Thea Spyor, a lesbian couple of 42 years who suffered a massive financial loss and personal humiliation because of DOMA. So ladies, put on your thinking caps for an information packed newsletter!

This June, the US Supreme Court is expected to decide the constitutionality of DOMA. DOMA is a federal law restricting the definition of marriage as between one man and one woman, and not recognizing state same-sex marriages. Arguments challenging DOMA were heard in late March 2013.

Here is a brief timeline outlining the evolution of DOMA:

• September 1996: Signed into law by President Clinton • At the federal level, Marriage= 1 man + 1 woman.
• Section 3: All same-sex marriages are not recognized, excluding spouses from insurance benefits for government employees, social security survivor benefits, immigration and the filing of joint tax returns.
• November 2010: ACLU files suit on behalf of Edie Windsor, suing the government for the $363,000 in estate taxes she was forced to pay on the inheritance after the death of her wife, Thea Spyer.
• February 2011: Obama administration determined Section 3 was unconstitutional, with eight federal courts agreeing with them, especially on issues including bankruptcy, public employee benefits, estate taxes and immigration.
• March 2013: Supreme Court heard arguments in Windsor vs. United States, challenging DOMA
• June 2013: Ruling expected on the law’s constitutionality

The now-famous 2009 documentary, “Edie & Thea, A Very Long Engagement,” highlighted their four decade relationship, including their 2007 marriage. Upon Thea’s death in 2010, Edie was forced to pay $360,000 in federal taxes on Spyer’s inheritance, because their marriage wasn’t recognized under DOMA. The lawsuit argued that DOMA violates the equal protection guarantee of the U.S. Constitution by recognizing and honoring marriages of different-sex couples but not honoring the legal marriages of same-sex couples. Windsor sought a refund on the taxes she was forced to pay.

WHAT THE SUPREME COURT IS CONSIDERING

The equal protection guarantee is a rule that requires the federal government treat all similarly situated persons alike. To uphold DOMA, the government’s arguments must be “legitimate government objectives” allowing distinctions between individuals of opposite sex seeking to marry, and those of the same sex seeking to do so. Many have commented that the arguments in support of DOMA may be “legitimate” objectives, but not legitimate government objectives. An example of this argument came from Bill O’Reilly of Fox News, “…We’re Americans, we just want to be treated like everybody else….to deny that you’ve got to have a very strong argument on the other side. And the other side hasn’t been able to do anything but thump the Bible.”

IF DOMA IS FOUND UNCONSTITUTIONAL

The prospect of the Court repealing DOMA prompts hope for equal treatment, such as the same health insurance and retirement benefits being offered to married heterosexual couples. However, according to the Huffington Post even if DOMA disappears, employers could still exclude gay couples from their benefit plans. “I think some employers will absolutely say, ‘our plan only covers opposite-sex spouses’”, said Todd Solomon, a partner with the Chicago law firm McDermott, Will & Emery.

Justice Ruther Bader Ginsberg posed an insightful question regarding the role that federal government should play in limiting the quality of a marriage. “Mr. Clement,” she said to the lawyer arguing for the Defense of Marriage Act before the Supreme Court, “if we are totally for the States’ decision that there is a marriage between two people, for the federal government then to come in to say no joint return, no marital deduction, no Social Security benefits; your spouse is very sick but you can’t get leave; people—if that set of attributes, one might well ask, What kind of marriage is this?”

I hope this month’s newsletter cleared up any questions or confusion you had about DOMA and its importance in our lives. I think our community has a lot to look forward to and like you, I look forward to the DOMA ruling. I have confidence that the highest court in the land will uphold our constitution and restore protection and dignity for everyone.

Links to learn more provided below:

For an impressive transcript from the hearing on March 27, 2013

Real Couples Hurt by the Defense of Marriage Act