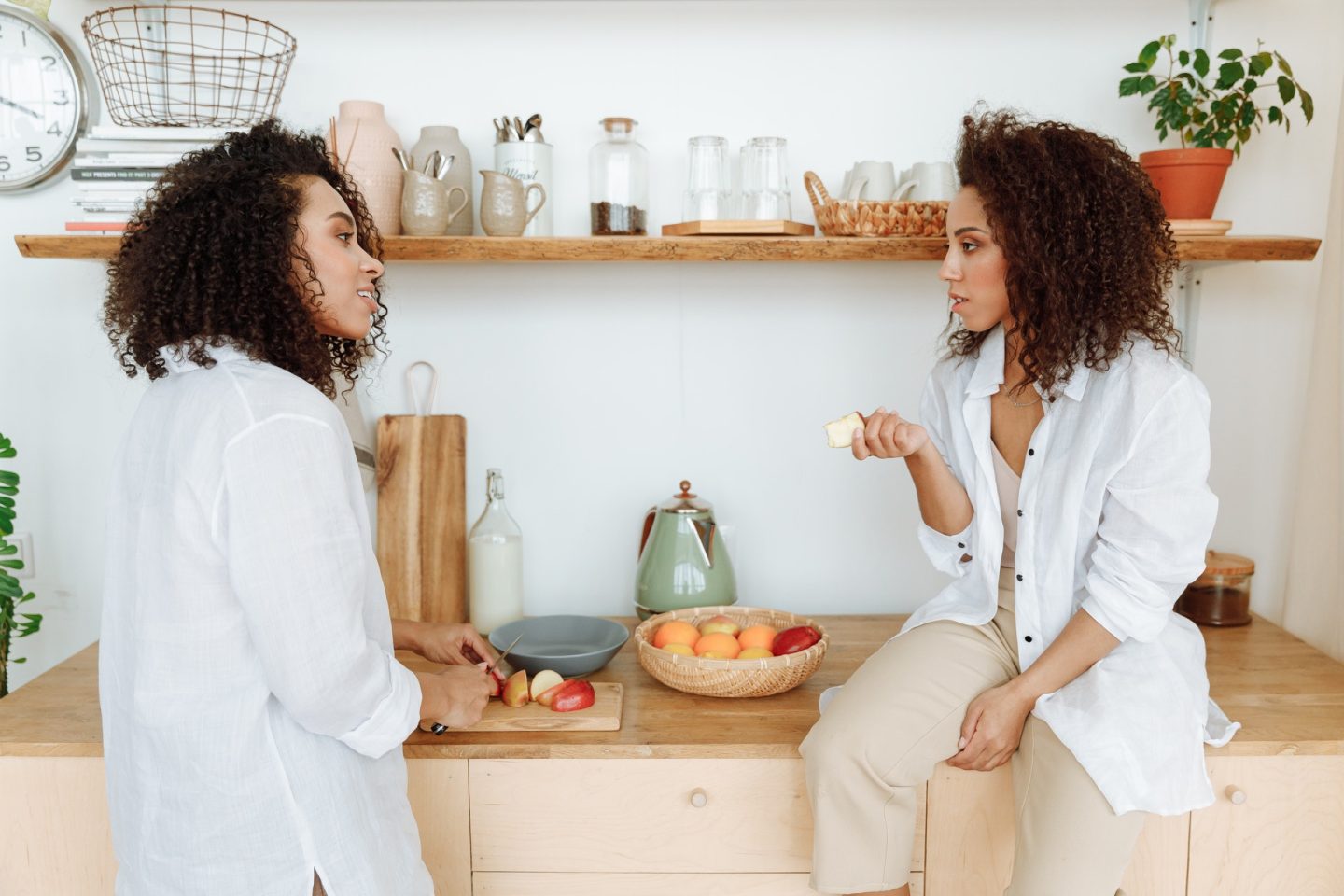 Everyone wishes they could have a relationship with no arguments — unfortunately, it’s not realistic (and wouldn’t be healthy if it was!). Although conflicts feel bad when they’re happening, they can also serve an important function in your relationship — they’re necessary to create the circumstances for change and growth, and if you and your partner approach them in a healthy way, they can actually create stronger trust and intimacy than if you never fought at all. Think about it — we get closer to people when we go through a difficult experience and have to rely on each other to get out of it, and we get closer in relationships when we’re emotionally vulnerable about how we’re feeling. Done right, an argument is both of those things, and you can feel closer to your partner after than you did before (and not in a toxic, fight-to-make-up kind of way).

The key is to make sure you’re focusing on actually resolving the issue rather than “winning” the fight, something that’s more difficult than it sounds. And it’s likely none of us will succeed at that 100% of the time, but we can work on getting better at it. When we hear ourselves saying things like “You always do this,” “you just don’t understand,” “Nevermind, I shouldn’t have brought it up, there’s no point,” or “I guess I’m just the worst girlfriend ever, huh?”, we can be pretty confident we’re missing the mark. Here are some approaches you can practice using that can help you get closer to your intended best argument self — and you might be surprised to find that they really change the outcome of your fights for the better.

1. I’m having trouble seeing where you’re coming from right now, but I want to understand and I believe you.

Obviously, you two aren’t on the same page about this issue, or you wouldn’t be fighting — that’s fine, and you don’t need to pretend otherwise. However, a huge component of the emotional rancor and defensiveness that can define arguments is the feeling that our partner doesn’t take us seriously, doesn’t think what we’re addressing is a real problem, or thinks we’re overreacting or making something out of nothing. A disagreement can be easily overcome in a conversation; someone feeling dismissed, belittled, or unimportant becomes a dynamic that marks the relationship for a long time afterward. Explicitly assuring your partner that even if you don’t understand or agree with what they’re saying right now, you believe their feelings make sense and that you believe them about the gravity of this issue to them, goes a really long way.

2. Can you tell me more about that?

It’s a pretty common (although unfortunate) human instinct to spend the other person’s time in a conversation planning what we’re going to say next instead of listening fully. In an argument, this instinct is ramped up 100x — we’re often listening to what someone else says only to construct defenses against it on the fly, or have already decided they’re wrong and so are planning the most effective way to shut them down. This is what arguing to “win” rather than arguing to resolve looks like.

Working to actually listen rather than just look like you’re listening can genuinely change the game, even if you’re not convinced you’re the one who’s “wrong” — it’s possible your partner is a little off base about something they’re saying, and if you invite them to elaborate and establish that you’re on the same team, they might come to that conclusion on their own. If you genuinely feel like your partner’s reactions are coming out of left field, the best thing you can do is make space for them to talk about it and provide any context you’re missing rather than reacting defensively and shutting them down.

We can have wildly different perceptions from even our closest loved ones on the best day, and when emotions are running high it’s extraordinarily easy to get miles away from each other before you can notice and put a stop to it. Especially when it seems like an argument is getting really heated to a degree that’s out of proportion to how serious the issue is, it’s a good time to slow things down if possible and check in on what the issue actually is.

It’s incredible how frequently one party feels like they’re having a fight about who forgets to replace the batteries in the garage door opener, and one party feels like the fight is about their time and domestic labor being taken for granted across the board. It’s impossible to fix an issue together if you don’t know what it is.

Similarly, we aren’t our best communicators when we’re upset, even though that’s when the stakes of our communication are the highest. Before going off about the incredibly out-of-line thing your partner just said, or launching into a tirade about why that’s an unfair thing to be upset about, take a moment to check that you’re speaking the same language in terms of what they’re feeling and why. “So I’m hearing that it upsets you when I take calls from my boss during our date night because it makes you feel like you’re less important than my job. Is that right?”

As long as you’re saying this sincerely and in good faith, it may go a long way toward resolving the fight for your partner to feel like their feelings are actually heard — and it may be that they actually meant to communicate that it upsets them when you take calls from your boss on dates because it’s a sign of how toxic and inappropriate your workplaces’ culture is that they expect you to be available on weekend evenings, and they’re worried about what it means to you. A good clarification to have!

5. I’m feeling really emotional and I don’t think I can do a good job at this conversation right now — I need to take a break, but I can talk about this more at [TIME].

Alternatively: This doesn’t feel productive to me/I’m not okay with being spoken to that way. Do you want to take a break and we can talk about this more at [TIME]?

This is a classic relationship disconnect — one partner is the type of person who can’t process their emotions and communicate about them on the spot and needs time and space to decide how they feel, while the other needs to talk through issues as soon as they arise and can’t stand going to bed with something unresolved. Neither approach is right or wrong but pitted against each other they can make a normal conflict much worse. If these are long-term personality characteristics and emotional regulation patterns, it probably isn’t realistic for either person to change for the other’s comfort.

However, a kind of compromise can be reached if the person who needs space can articulate what they’re doing and why, and can reassure the other partner with specific intentional plans that they’ll pick the issue back up, and nothing will be left hanging permanently. Even if neither of those conflict patterns describes you, this is a key strategy to keep available — all of us have times when we get too heated or aren’t thinking clearly, and giving ourselves the chance to emotionally regulate and return to the issue as our best selves is the best thing for both ourselves and our relationships. If you’re not feeling good about the way you’re showing up or the way your partner is speaking to you, this is a good way to enforce boundaries about what behavior you’ll accept or to model managing your own emotions so they don’t negatively impact your treatment of you partner.

How to Repair Relationships After Conflict, Rupture, or Disconnection

Casual Sex And How To Communicate