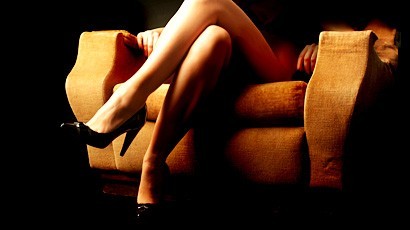 Sexual attraction is a basic instinct that helps us bond with others.

Not only does sex provide a short term reward of pleasure, it also facilitates multiple long term psychological and physiological gains. Whether we’re in a serious or casual relationship, the benefits of lesbian sex affects our brains, our organs and our perspectives on life. Let’s start with a small, but mighty neurochemical called Oxytocin…

Have you ever been curious about the “U-haul” phenomenon? Oxytocin is the culprit. This neurochemical is responsible for that “warm and fuzzy” feeling of bonded that we immediately feel after orgasm. It swims around in our brains, making us want to be closer to our lover, have her touch us more and is often called the “bonding hormone.” Women are predisposed to the affects of oxytocin due to our systems being designed for reproduction and the hormone’s role in childbirth (it induces labor as well as helps with breastfeeding) . Because of this, I always advise two women in a new relationship to NOT make major decisions – you are all high on oxytocin!

When the hormone oxytocin floods the system, endorphins increase, and pain declines. A study published in the Bulletin of Experimental Biology and Medicine, found that when individuals inhaled oxytocin vapors then had their fingers pricked, they experienced only half the pain as those who did not inhale the vapors. This means that people with PMS, headaches, or arthritis pain, may experience a reduction of symptoms after sex due to the higher levels of oxytocin.

Research has found that individuals who have sex frequently experience lower blood pressure in response to stress. Additionally, people who cohabitate and have frequent sex also have lower diastolic blood pressure. One study also found a link between partner hugs and lower blood pressure. For a full article on sex and stress reduction, check out How Does Sex Reduce Stress from Greatist.

It might sound like a cliché but there is science to back it up. The more sex we have the more calories we burn. On average we burn 85 calories during 30 minutes of sex. Just think, 42 half-hour sessions would mean one pound dropped! Forget the stepmaster, hop in the sheets.

Researchers at Wilkes University in Wilkes-Barre, Pa. found that people who have sex 1-2 times a week have higher levels of immunoglobulin A (IgA), an antibody that can protect you from getting colds and other infections. Interestingly enough, those in the “frequent” group (1-2 times a week) had the highest IgA levels when compared to 3 other groups, those who had been abstinent, had sex less than once a week, or those that were having it very often, three or more times a week. So in this case, sex in moderation was the greatest benefit for boosting immunity.

Wonder why your partner always falls asleep right after sex? It’s all due to our favorite magical hormone, oxytocin. Released immediately after orgasm, oxytocin promotes sleep. Getting enough sleep (7-9 hrs/night) has been linked with many health benefits, such as maintaining a healthy weight and blood pressure. In fact, one study tracked 40 to 60-year-old women for five to seven years and found that those who reported having trouble falling asleep, waking up frequently at night, or having trouble staying asleep were significantly more likely to have “major weight gain” (gain of 11 pounds or more). Good sleep hygiene is also connected to maintaining a healthy blood pressure.

Enhancing self-esteem was one of the 237 reasons people have sex, found by researchers at the University of Texas. In their new book, Why Women Have Sex, University of Texas psychologists Cindy Meston and David Buss illuminate the sexual motivations of women. What they found was that women had sex to boost their confidence, even if the sex was with a partner they found repulsive (this book is a truly interesting read. We women have sex for many more reasons than just to bound with our partners).

A study from the University of Pittsburgh and the University of North Carolina evaluated 59 premenopausal women before and after physical contact with their partners, ending with a hug. They found that increased physical contact resulted in higher oxytocin levels. Not only does oxytocin help us with pair-bonds, but higher levels have also been linked with feeling more generous.