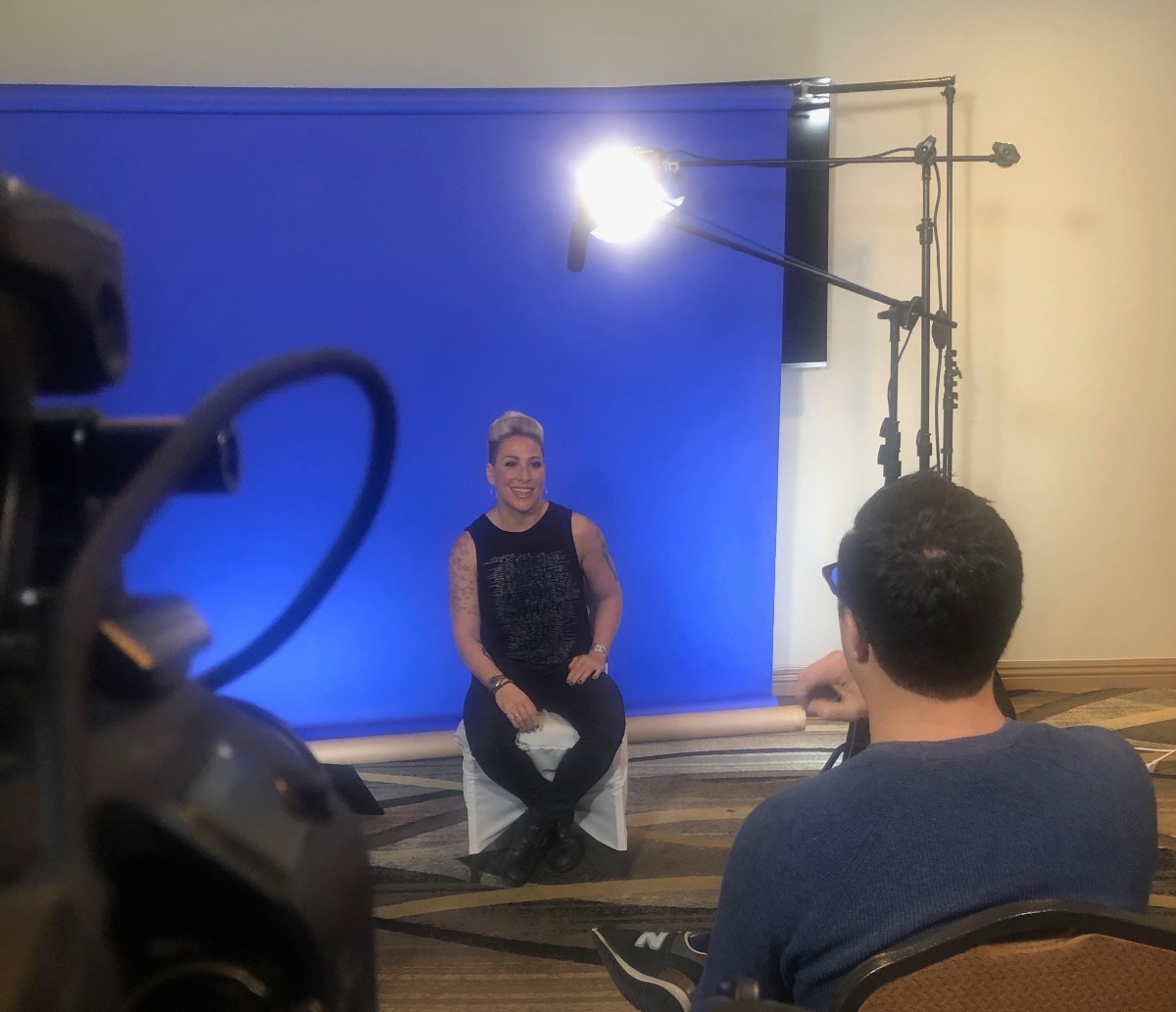 Being the Relationship Coach on MTV’s “Are You The One,” has been an extremely exciting, chaotic and fulfilling experience for me and I’m so grateful for the opportunity.

I was lucky that the executive producer of MTV’s “Are You The One,” reached out to me personally earlier this year, expressing his interest in having me as a dating/relationship expert on the show. Admittedly, while I had heard of the show, I didn’t know all that much about it, but I was absolutely intrigued when he pitched it to me. Supporting an all-fluid cast was unprecedented and I KNEW I simply couldn’t pass that up.

Being on set was amazing! I got to not only provide the cast with guidance and support during our “Dr. Frankie Talks,” but I also got to observe them in real-time repeating patterns of behavior that have been preventing them from success in their past relationships. Additionally, what was even more amazing, was being able to observe the cast actually putting the skills and tools discussed in our Talks into practice and making significant changes. That is the ultimate testimonial for me. When I see my clients taking my feedback and making a strong, positive change in their life.

What did you learn from AYTO?

I learned about the complexity of creating a TV reality show. There are so many different roles to successfully pull off such a huge production. So many behind the scenes people, large pieces of equipment and moving parts to producing a show with such a large cast! I had no idea how complex it was. I have such a newfound respect for what goes into television and makes for an entertaining show. I also learned a deep and profound respect for the Season 8 Cast Members. They are so much more open and free sexually, with less barriers and limits to their lives and their fluidity makes for a more entertaining viewer experience, especially for those heterosexual folks who have little no exposure to gender queer or sexually fluid people.

What struck you about the cast this season?

What struck me most about the cast this season is their emotional intelligence. Because the cast has had to confront difficult situations related to their sexuality and/or gender identity at an early age, they are naturally better at expressing their thoughts and feelings. Because they have the awareness and insight from dealing with the challenges that come with being different and having to face those differences early on, I found the cast so much more communicative than many other queer folk their age. The Cast have had to deal with being marginalized, discriminated against, criticized by society/family etc. and managed to find their own way to forge ahead – and not let it destroy who they are. I find the Cast a beautiful bold group of amazing queer people that are looking for acceptance and love just like you and me.

What was fun about the experience?

It was incredibly fun to vicariously watch sixteen complete strangers living under the same roof, sleeping in the same bedroom, sharing the same kitchen, etc. I mean, think about it: They have a “boom boom” room that is fully mic’d and camera’ed where we, the audience, are allowed to watch them have sex! That is bold and not something most folks would allow or even contemplate allowing.  It was also really fun to get to know the cast. They are brilliant, wonderful people. Because the show is edited, the audience is only allowed to see a small glimpse of each of their personalities and because it’s television, it needs to be entertaining. I was able to really connect with several of the Cast members and even had a mini-reunion with them when I popped into NYC a couple of weeks ago.

What was not fun about the experience?

It was hard to be away from my kids during the time it took to shoot the season. While I did a FB Live when they joined me during the taping, there were several weeks we were separated, and that was hard on us. It was also challenging to run my company! With the 3 hour time difference between the west coast and six hours from the east coast, most of my days started at 4am and didn’t end until 8pm. Film/television folks aren’t lying when they talk about the long, long days they have!

Season 8 of AYTO is revolutionary for prime time and I’m so happy to be a part of it!

Watch Season 8 of “Are You The One,” Wednesdays 6pm PST/9pm EST on MTV.