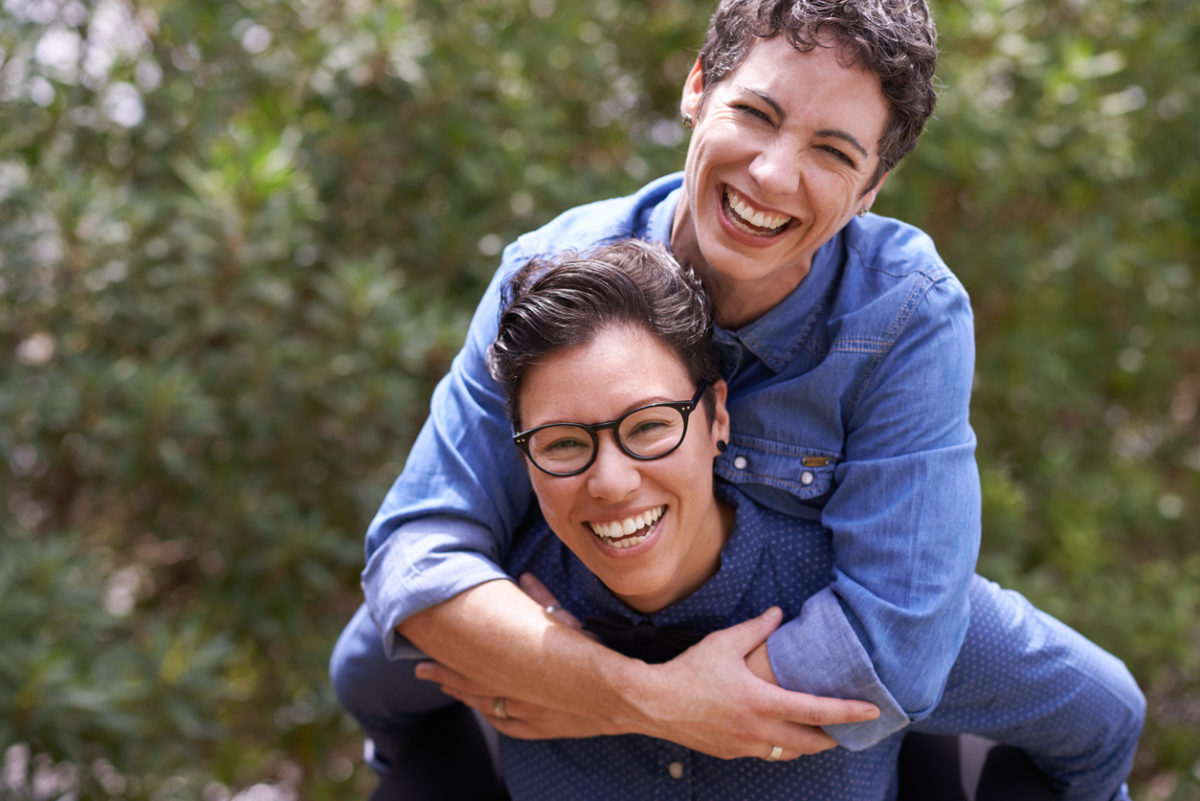 When Sarah Paulson started dating Hollard Taylor, the lesbian world nearly lost their minds. With a 32 year age gap between them, Paulson and Taylor ignited the concern of age differences in lesbian relationships. These so-called “May – December” relationships (a big age gap between partners) are more common than you think – and not just in lesbian couples.

When we think of age gaps, the traditional image is of an older man and a younger woman – generally five years older. 80% of first straight marriages are between a man and a woman within a few years of one another. Re-marriages increase the gap, with almost 40% of people who are six or more years apart.

According to a 2013 survey, LGBT people are more likely than straight people to be attracted to people ten years older than them.

We see this all the time: Women approach us for matchmaking, adamant about wanting to only be introduced to women in their age-range, when their perfect match is someone much older or younger. For example, one of our successfully matched couples, Brianna and Jill, have an 18 year difference between them (you can watch their story here).

Theories about why age gaps are more prevalent in queer couples are as different at the couples themslves. Some say that simply because gay/lesbian couples are profounding different than straight couples, gives us a kind of tolerance for age differences. With our love and sex lives outside the dominant (straight) paradigm, an age-gap is just par for the course. Buzzfeed describes intergenerational lesbian relationships much more efficiently as,”… challening mainstream standards of beauty, rewritig stereotypical relationship power dynamics, and subververing a bunch of social rules regarding sex and love.” We would have to agree.

Okay For Some But Not For Others?

As much as we’re fans of age differences in lesbian relationships, some people are more comfortable if it’s a straight couple, where the man is older. For example, Bradley Cooper, 40, and his 23 year-old girlfriend were dubbed the “sweetest celebrity couple ever” in the press.

With gay men, attitudes can change. When British actor Stephen Fry became engaged to a man 30 years his junior (27), some in the press spoke of his future husband’s ‘daddy issues’ while Clint Eastwood got a pass even though he was 35 years older than his ex-wife.

What’s important is how to make the relationship successful. Your relationship can absolutely be fulfilling and happy no matter the age difference.

In general, an age difference of 10 years or more requires a bit more thought from both sides. Each of you is in a different stage of life, and faces different challenges. The older is usually more established professionally and financially. And the younger can be less experienced and more uncomfortable with uncertainty.

I have a client who’s 11 years older than her partner. She’s the one into classical and opera while her partner loves power-pop and techno. They make it work. Each has developed favorites from the other’s playlists and on long car trips they’ve discovered a mutual love for audio books that they can ‘read’ together while driving. They’ve made their differences work! And in the process have enriched one another’s lives.

And no matter how compatible and loving you are, you’re going to have differences. You may not share the same cultural touchstones. She may have grown up watching ‘Full House’ in grade school while you were in college. Think of these differences as your chance to really explore your partner’s viewpoint and to get to know them on a deeper, more fundamental level.

You Both Need to Be Ready

In the end, the big questions about an age-difference relationship are the same as those for any relationship. Are you on the same relationship time-frame? Are you both ready for a long-term commitment? If one of you isn’t ready to settle down it’s not going to work regardless. Are you both on the same page about kids? If one wants kidlets and the other doesn’t, you’re setting yourselves up for tension and conflict down the line.

Every long-term relationship requires work. If your partner is older or younger, it may require just a bit more work, but the enriching, life-changing benefits of a healthy, solid relationship will be yours!

We have a variety of posts about how to make age differences in a lesbian relationship work. If you don’t find what you need, reach out to us.