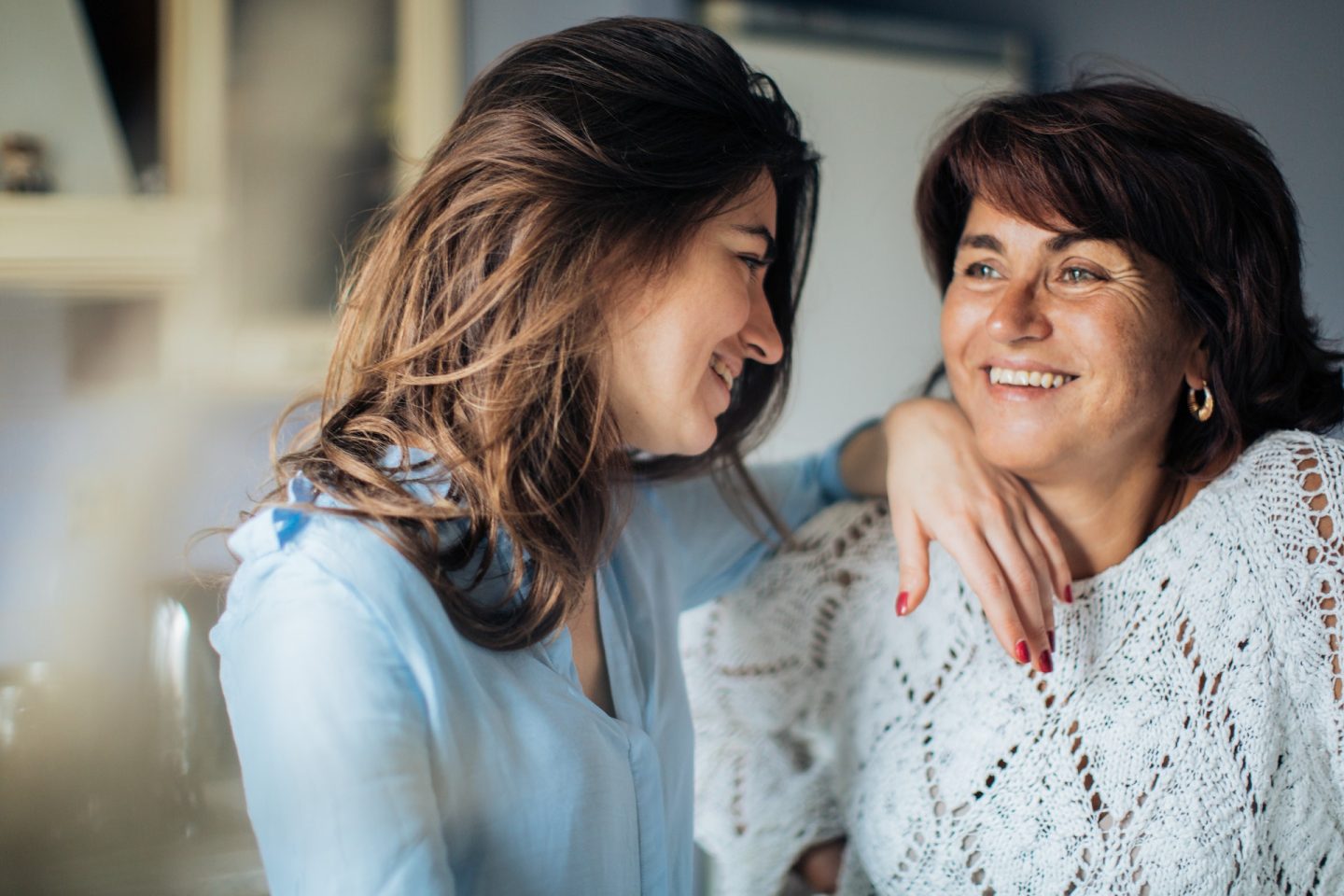 In other words, not only are lesbian age-gap relationships way more common than heterosexual ones, they’re also possible throughout our community. Plus, sexy age-gap couples like Sarah Paulson and Holland Taylor (32-year gap), Rachel Maddow and Susan Mikula (14-year gap), and Tig Notaro and Stephanie Allynne (13-year gap) keep lesbian May-December relationships in the spotlight.

If you’re considering a lesbian age-gap relationship, wondering if you should broaden your dating pool, or already happily dating someone much older or younger and interested in growing a healthy, loving relationship, here’s what you need to know.

Don’t Limit Yourself to An Age Range

One of my most successfully matched couples, Brianna and Jill, have an 18-year age gap. “Really quickly I realized it was about the connection, so as long as that was there – which it is – then there’s really no other thing to think about,” says Brianna. If they’d focused on age, instead of on possibility, they never would have met.

Age is only one small part of having things in common with a romantic and sexual partner. Does it really make a difference, or is it an excuse to write someone off before getting to know them? I hear excuses like “I don’t want to waste my time,” “someone younger won’t have the same experiences I do,” “someone older won’t be fun,” “I’m afraid we won’t be able to connect” – and the common denominator is fear. What would it be like to stop letting fear run your life, and let love run it instead?

If you’re on dating apps, take a moment to expand your age range. You might be surprised by who you meet.

So How Do You Make a Lesbian Age-Gap Relationship Work?

Your relationship can be happy and fulfilling no matter the age difference. But in general, the bigger the age difference, the more deliberate both sides should be. Even if you appear to be at similar life stages, like both a year out of a long-term relationship or making a career transition, the older partner is usually more established professionally and financially. The younger partner might have a different tolerance for uncertainty. Even if it feels like you’re equals, age and these other factors can create unintentional power dynamics within a relationship. It’s better to acknowledge age-gap power dynamics together, especially in your big-picture conversations, than it is to pretend they don’t exist.

No two people will share the exact same cultural touchstones, but differences can be particularly clear in age-gap relationships. Think of these differences as opportunities to really explore your partner’s viewpoint and to get to know them on a deeper, more fundamental level, rather than something that’s lacking. She hasn’t seen your favorite movies? Now you get to have movie nights and watch them together. You’ve never heard of their favorite artist? Now they get to introduce you to their work. You just can’t agree on what radio station to listen to on long drives? Now you get to listen to that audiobook you both put on hold at the library instead. Your differences are a chance to learn more about each other and the world, not a disadvantage that will hold you back.

Don’t focus on lost time. Especially when one partner is much further along their life path, it can be tempting to wish you had met when you were both younger or that you were closer in age. It’s okay to feel that way, but focus more on enjoying the time you get to share now.

Be intentional about introducing her to your family and friends. Some people view age-gap relationships with judgement or at the very least surprise. You learned to be open to dating someone your partner’s age, and your friends and family will have the same learning curve. Talk about how much you love your partner and how much joy the relationship brings you, along with a heads up about your age gap, in advance and when your partner is not present. You might face questions about your partner’s “true intentions,” and even if those concerns come from a place of love it’s important to let them know when they cross a line.

Then, talk to your girlfriend about your family dynamic and discuss how both of you can put your best foot forward with the first meeting. You can also talk through any nervousness. Create an escape plan, like telling the family you’re meeting that you have plans afterwards, so you can leave easily if things get awkward. Conduct the actual meeting like you’re facilitating someone else’s first date. Guide the conversation to neutral common interests you know everyone can talk about. Check in with both parties separately after and affirm to each that you care about them. If it went well, congratulations! If it didn’t go as well as you hoped, give it time. Let your friends, family, and girlfriend get used to each other over the course of life milestones and holiday gatherings. At the end of the day, these people in your life care about you and ultimately need to understand that the other is worthy of respect.

Many of the big questions in age-gap relationships are the same as those in same-age relationships. What type of relationship do you want? What life place are you in? What are your goals and dreams? How do you want to spend your time, together and apart?

Some bigger questions, like kids or homeownership, can come up earlier in long-term age-gap relationships. Discuss these up front, even if it’s painful, to save yourself conflict and heartache down the line.

Every long-term relationship requires work. If your partner is older or younger, it may require just a bit more work, but the enriching, life-changing benefits of a healthy, solid relationship will be yours!

How Social Norms Can Limit Relationships