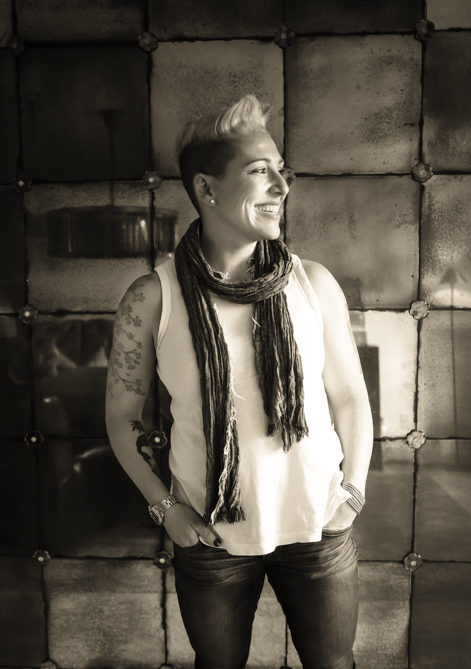 Lesbian Dating becomes more challenging as we get older: We become more involved in our careers, maybe have young kids or simply don’t run in the same social circles we used to.

Add to that the vexing realization that we don’t have the same energy to go out like we used to, and suddenly, what’s a queer woman in her 30’s to do? Open an app of course! While it’s no secret we here at Little Gay Book are not huge fans of lesbian dating apps because they have a tendency to kill love, we gratefully acknowledge that many women use them and as fans of anything that brings the women together, we appreciate the option.

Lesbian dating apps used to be a few heterosexual dating apps that allowed a woman to indicate she’d prefer a date with another woman, but then still she’d get matched with a man. While we love how inclusive the apps were attempting to be by appearing to support bisexuality, for the lesbian dater, this was problematic. Happily, technology has changed. Here’s our short recommendation of lesbian dating apps for women over 30 (Wome over 40, we’ll get to you next week).

Originally released in 2013 as Dattch (a play on “date catch”), with a rebrand as “Her” two years later.

HER is a lesbian dating app FOR queer women, BY queer women. Boasting itself as the “Most Popular Lesbian Dating App,” the app currently has over a million members in the US. These members sign up using their Facebook or Instagram accounts, which allows your HER account to be populated with your profile info. You can customize your gender, add parameters of who you’d like to meet, and message your matches. HER also includes an internal “feed” and “events” section. The Feed features posts from other users, allowing for a more “community” aspect to app dating, as well as a listing of some of the local queer women’s events. Additionally, HER also allows women already in relationships to join, simply to meet more friends.

OkCupid’s unique value is its use of unorthodox questions.

When you create a profile, it asks all sorts of random questions, using your answers to create matching percentages between users. Because of this, OkCupid has one of the highest ranges of customizability in the world of dating apps. While not exclusively a lesbian dating app, it tailors its users’ experience based on their gender and sexual orientation.

Found in 2003, POF was one of the first free dating sites.

It remained free until 2009 when it started to offer and upgraded membership which included extra features like finding out if your mail was read. With over 3.5 million users and a brand known by more mature dating app uses, POF is attractive to women looking for other women over 30. Similar to OKCupid, first-time users are required to answer a lot of questions. In addition to the typical questions about age, height, etc., POF also asks deeply personal questions such as your longest relationship and how lifestyle choices matter to you in relationships. The process has 70+ questions related to chemistry and personality, a 30-question psychological assessment, and of course, the traditional bio and profile photos. POF’s philosophy is that by answering more questions, the algorithm can statistically match you better with people you’ll get along with. For example, if you prefer a 5:30 am workout, it won’t match you with a night owl. POF attempts to match your compatibility statistics. We’ve written about this before (read more).

Fashioned as an app geared to queer women of all sexual orientations, Fem is fresh in the world of dating apps because it encourages its users to create video profiles instead of just uploading photos (if you’re shy, you can also just upload a still photo).

You can see the photos and videos of nearby users and swipe to match with them. Free messages are unlimited, along with an inbox which encourages video sending. Public groups chats are also a feature of the Fem app. These group chats encourage users to meet each other and expand their social circles.

Our last recommendation isn’t an app at all.

It’s a gentle reminder to make sure you put your lesbian dating app experience into real life. If you match with someone on the app, make sure you don’t delay – schedule a coffee to see if you connect (don’t do dinner, here’s why). Adjust your expectations and have fun with getting to know a new human. Feeling a little rusty in the dating department? We have a great few posts on how to How to Feel More Confident About Lesbian Dating and How to Use Lesbian Online Dating More Effectively and Shy Girls Guide to Dating. 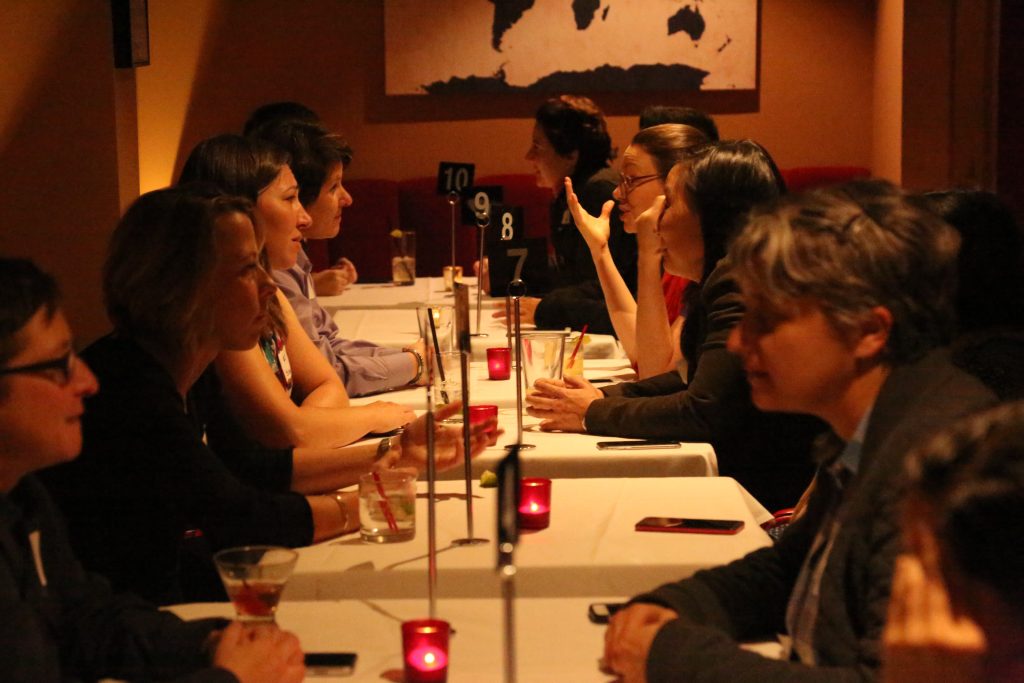 Not feeling lesbian dating apps? We host Single Mingles all over the US for lesbian/bi women.

They are simple, low key events with a text message algorithm every 5 minutes that sends you on your next date. No pickup lines, no stress, completely organic. Just a place to meet queer women in your city. A trained LGB matchmaker sets it all it up – all you have to do it show up. Find out more.

With over 400,00 women identifying as LGBT in the US (as to surveyed by a Gallup poll in 2017), we’re confident the lesbian woman you’re meant to be with is out there. She might be on a lesbian dating app, she might be a Single Mingle or in the grocery store line, lesbian dating over 30 is simply a matter of using your resources and putting yourself out there. We know you can do it.

Want to get our lesbian advice sent directly to your inbox every month?